Debut single Wait And Bleed tops our poll of The 50 Best Slipknot Songs Ever.

2020 was the year America went to the election and voted in a new president. Or did they? We think they did, but we sort of lost track around the 7256th pointless demand for a recount.

But that wasn’t the only vote to take place in recent weeks. Almost as big – and certainly way more fun – was our epic poll to determine the answer to an even more burning question: what’s the greatest Slipknot song ever?

And you responded in your thousands. Now, having spent the past few weeks hitting the Metal Hammer abacus hard to count all the votes, we have a final, definitive, absolutely-no-recounting-allowed winner. And the greatest Slipknot track of all time according to you lot is…

That’s right, you have gone right back to the very beginning and picked the first single from Slipknot’s (official) debut album – a song that, more than any, defines what the Iowans are about.

We’ll be running the full list of the 50 Greatest Slipknot Songs as voted by you in the next few days. So check back in 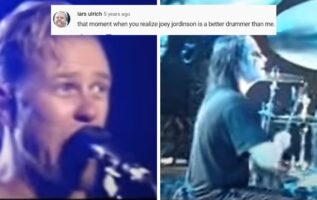 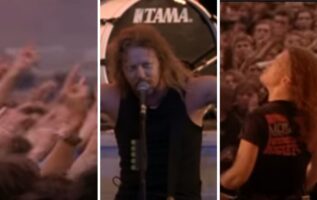