Over 30 years ago, movies like Bladerunner and Back to the Future II predicted massive holographic installations in cities, combining blaring advertisements with looming imagery that’s virtually impossible to ignore. For better or worse, depending on your perspective, we haven’t gotten there quite yet — but a new project in Seoul, South Korea proves that this kind of augmented reality doesn’t necessarily have to add to the noise and distractions of urban life.

That “glass” is actually a curved digital billboard measuring 265 feet (80.8 meters) wide by 66 feet (20.1 meters) high. That’s about four times the size of a basketball court in Seoul, according to The Korea Herald. Incredibly crisp and sharp, the imagery is paired with sound for a greater impact. Little details like wet spots on the “ceiling” of the illusive space help give it a sense of realism. 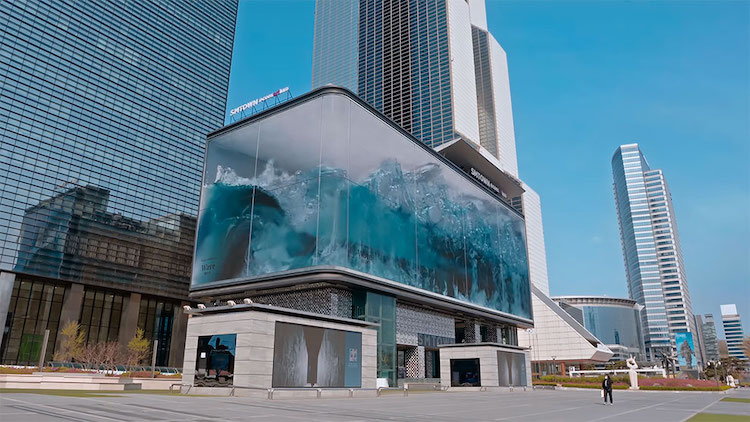 “WAVE” is the work of d’strict, a company that specializes in “designing, making, and delivering breathtaking visual content on Digital Out of Home.” They say works like these “offer the world a new experience” in the form of high-definition outdoor advertising that can be shaped to any size screen.

The SMTown Coex Artium is part of the Coex Convention and Exhibition Center in the upscale neighborhood of Gangnam, also known as home to SM Entertainment (the music label representing many big K-pop stars). The goal is to make the square into a tourist attraction for K-pop fans, ultimately using the screen to blast music videos at a scale never seen before. 10 more of these digital billboards are being installed at the Coex Millennium Plaza throughout June.

“We aim to develop it (the K-pop Square) into a Korean version of Times Square, incorporating advertisement media, culture, and arts,” says an official with the Korean International Trade Association (KITA).

This technology will be used in other ways too, of course. D’strict explains that “in addition to the K-pop content produced/distributed through the subsidiary NIK, [we] will continue to create new digital theme parks by expanding the content (IP) with various materials such as EIDtainment content for kids, Digital Heritage content such as cultural heritage/tourist sites, etc. In addition, we plan to develop a variety of user interactions through active R&D on new digital media technologies in line with the rapidly changing digital environment, and through this, we will expand the space-based digital experience design reference targeting the world’s leading brands.” 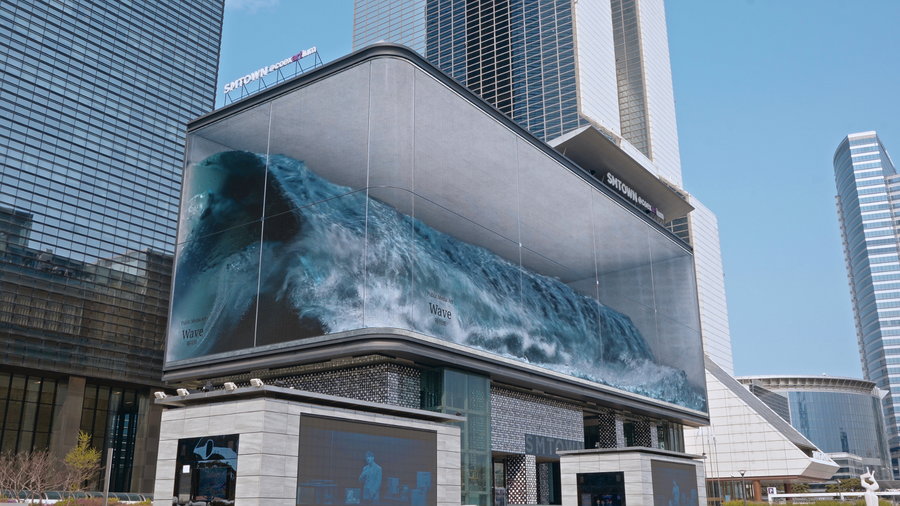 So, yes, the kind of loud, looming digital advertising you can’t escape is almost certainly coming to the original Times Square, as well as building facades near you. Does this give you the thrilling feeling that we’re living in the future, or make you long for the days when we weren’t bombarded by advertisements everywhere we went? If only it were always ocean waves. 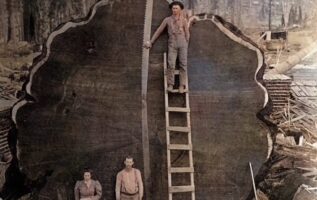 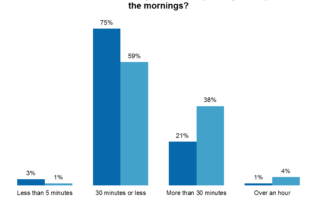