In 1991 Pantera went to Russia to open for Metallica and AC/DC at Monsters of Rock in Moscow. The boys from Texas/Louisiana played a few songs off their ‘Cowboys from Hell’ album, including ‘Domination’. The song itself is great, with a jaw-dropping guitar solo and a monstrous breakdown at the end. But combine that with a live performance in Russia during the fall of communism in front of 500,000 people and you get something special. I’m definitely not a music expert, but I’ve been a big fan of this band for a decade and I’d like more people to enjoy their music as much as I do, so I wrote this article to explain why I love this live performance of ‘Domination’ in Moscow.

To kick it off, Phil yells out the name of the song and the group starts going mental. Pantera’s onstage energy is just at such a high level. Everyone in the band is going off and it’s contagious. Phil is head banging like crazy and jumping around. These guys are leaving everything onstage, and having a blast doing it. That kind of energy is what Russia needed at this time. It was undergoing a huge change, as the seventy five year reign of Communism had come to its end. It was a special time and place in history, which is one of the reasons this performance is so great.

The Russian crowd is loving the song. Chances are that most of them don’t understand the words and are probably hearing the song for the first time, but it doesn’t matter. They just like the music. It’s cool that some American guys from the south can go over and connect with a foreign audience like this. Everyone is on the same page. People are there to have fun and go wild. This shows how music is like a universal language. We can all appreciate it, because it makes us feel a certain way that’s undeniable. For whatever reason, we just love certain arrangements of sound. Music is like a form of energy, and Pantera’s energy carries over to the giant crowd.

The song is fast paced with kind of a galloping riff. That’s the best way I can think to describe it but there’s probably a better word out there. The opening instruments of this song have the rhythm and groove to combine with the heaviness, which in my opinion is what makes Pantera great.

Thirty seconds in it transitions into what sounds like a quick four punch combo as Phil yells out “Fuckin eh!” Then there’s this cool stepping down transition at 0:36, leading into the verse. Phil starts getting busy. “Agony is the price that you’ll pay in the end”. Ok. “Domination consumes you and calls you a friend”.

He starts describing this ‘Domination’ thing that’s evil and maniacal, manipulative, smart but twisted, a trickster. “It’s a useless ploy” makes it sound like we’re helpless, like we have no chance against this thing. So what could he possibly be talking about? I think it’s all to be taken quite literally; not so much metaphor here. He’s talking about the system. This thing that we’re born into, with all of these rules, burdens, and restrictions on freedom, dominating us with its institutions. They’re all supposed to be for our good, but they can cause us a lot of grief too.

To me, this song is about the control that certain groups of people exert over others. It’s about laws, taxes, corruption, restriction, and extortion. It’s about domination. And that was not a foreign concept to these Russian people. They were isolated from the world behind the iron curtain for so long. They knew all too well about domination. Even though this was in 1991, the brutal times of the police state regimes were not in the distant past.

“Your eyes will see the dawn of the day”. I think he’s saying that someday you’re gonna figure this out and it will become apparent to you what is going on. You’ll see the “writing on the wall”. “Those words that stare into your soul”. He’s talking about undeniable information here. It hits you at your core. You are being dominated. “And to yourself you will befall”.

Phil’s vocal performance is interesting in this. He does seem to run out of breath during the verse, and shortens up some of the lines a bit. (And the writing! On! Wall!). If you’re a first time listener and haven’t heard the studio version, you might not pick up on this. In this live performance, Phil might be a bit winded from the crazy jumping and head banging, and doesn’t have enough gas left for the vocals.

To me it just shows how physically demanding these vocal performances are, especially for this heavy style of music. It must be so difficult to perform all of the screaming, which is also very technical from what I understand. I don’t know much about singing, but it seems like a whole-body process, and it must be tiring. I also know that Phil is a great vocalist, from his performance in the masterpiece ‘Cemetery Gates’. Not to mentioned Slaughtered, Hole in the Sky, and the list goes on.

After the chorus is that four-punch combo again, as bass player Rex Brown eggs on the crowd. In the second verse Phil goes at it again, further detailing domination. It’s got you “suspended by chains over razors and nails” like some kind of medieval inquisition torture. That was certainly a time in history when we were dominated, much more so than we are today. We can be thankful it’s not that bad anymore.

Under domination, you’re left questioning whether or not life has played a trick on you, and you can just picture it laughing maniacally (think On the Run by Pink Floyd) as the bricks are piling up around you, closing you in.

After the second chorus, there’s a cool section with more heavy guitar bursts and Phil saying a bunch of stuff that I can’t understand, let alone the Russians. And this is where Dimebag Darrell starts getting to work. Watching him play this solo is mind-blowing. It makes you want to get that good at something. You can see how much passion there is in his playing, and one of the highlights is when he does that squeal and holds his finger up. This is a master at work. You don’t need to know anything about music to know that whatever he’s doing is impressive. The solo is amazing all the way through, as it ends on one more squeal.

Then the song drops into a thunderous breakdown at 3:49. The crowd is pumping their fists along, an incredible sight. Phil growls as he jumps up in the air. Just when you thought the solos were done, Dime comes back with some more shredding. As it finishes off, Phil roars and a different beat plays out until the end of the song. These grooves at the end are crazy. It’s like they’re tapping into something primal.

This song makes you want to do stuff. If you can channel the energy from this music, you can enhance whatever you’re doing. To me, that’s what’s great about this style of music. I see utility in it. It might not be great if this is all you listen to, but it definitely has it’s time and place.

‘Domination’ is great for workouts, or just as a stress reliever. It’s another good one for when you’re stuck in traffic. If you’re not into this style of vocals, skip to the 3:00 mark and everything from there on is sure to bring a smile to your face.

I think this style of music misunderstood in the mainstream. It’s easy to look at it and say it’s all screaming and noise. But I believe that this is quality art, and if used the right way, can help you in your life. If you don’t get too hung up on the lyrics, this style of music is energizing, uplifting, and expressive. If you don’t care for the singing style and the lyrics, consider getting the instrumental version of this song. Maybe you can appreciate it from a musical standpoint. And if it just doesn’t do anything for you, that’s alright too. But I hope that you can enjoy the song as much as I do. Thanks for reading! 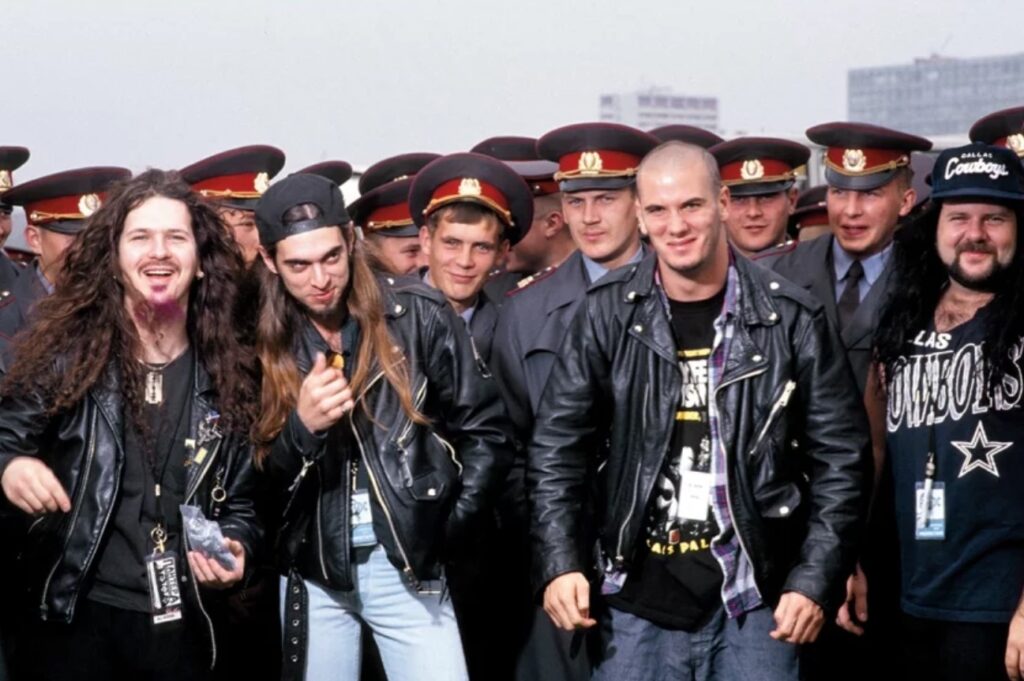 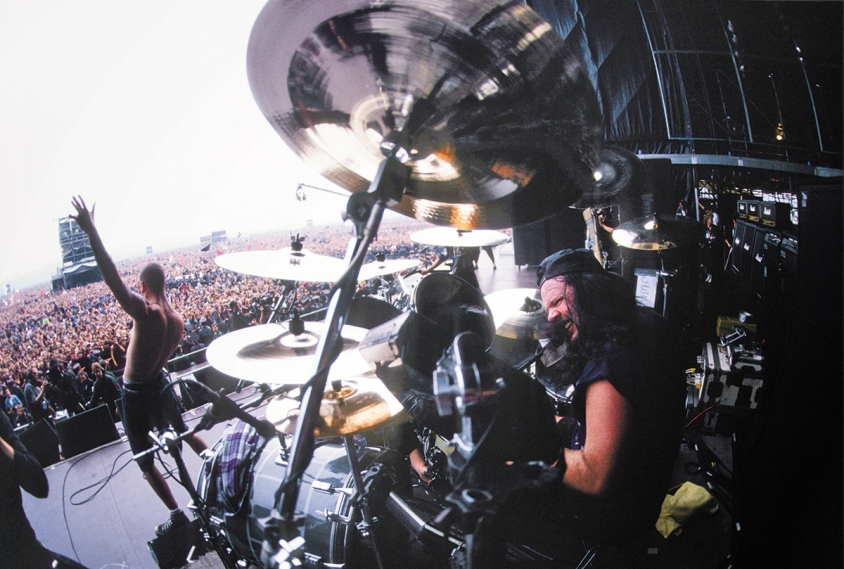 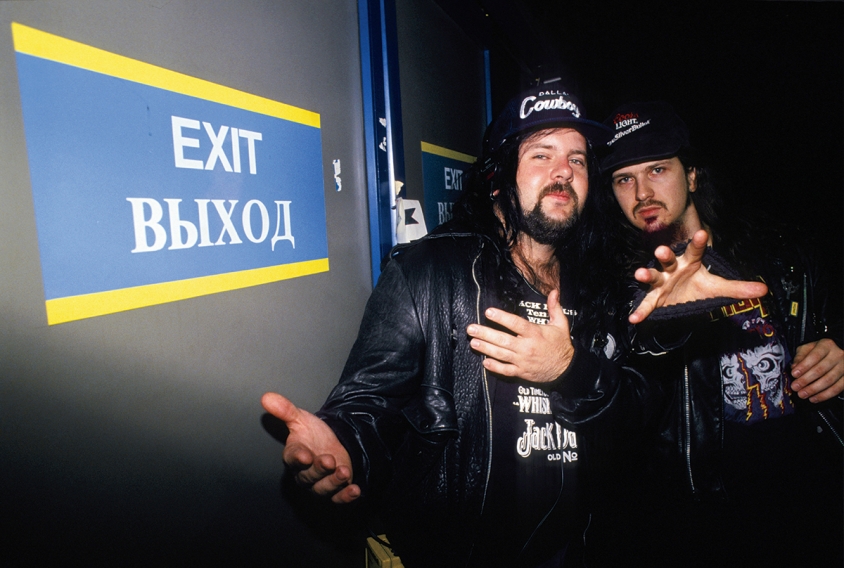 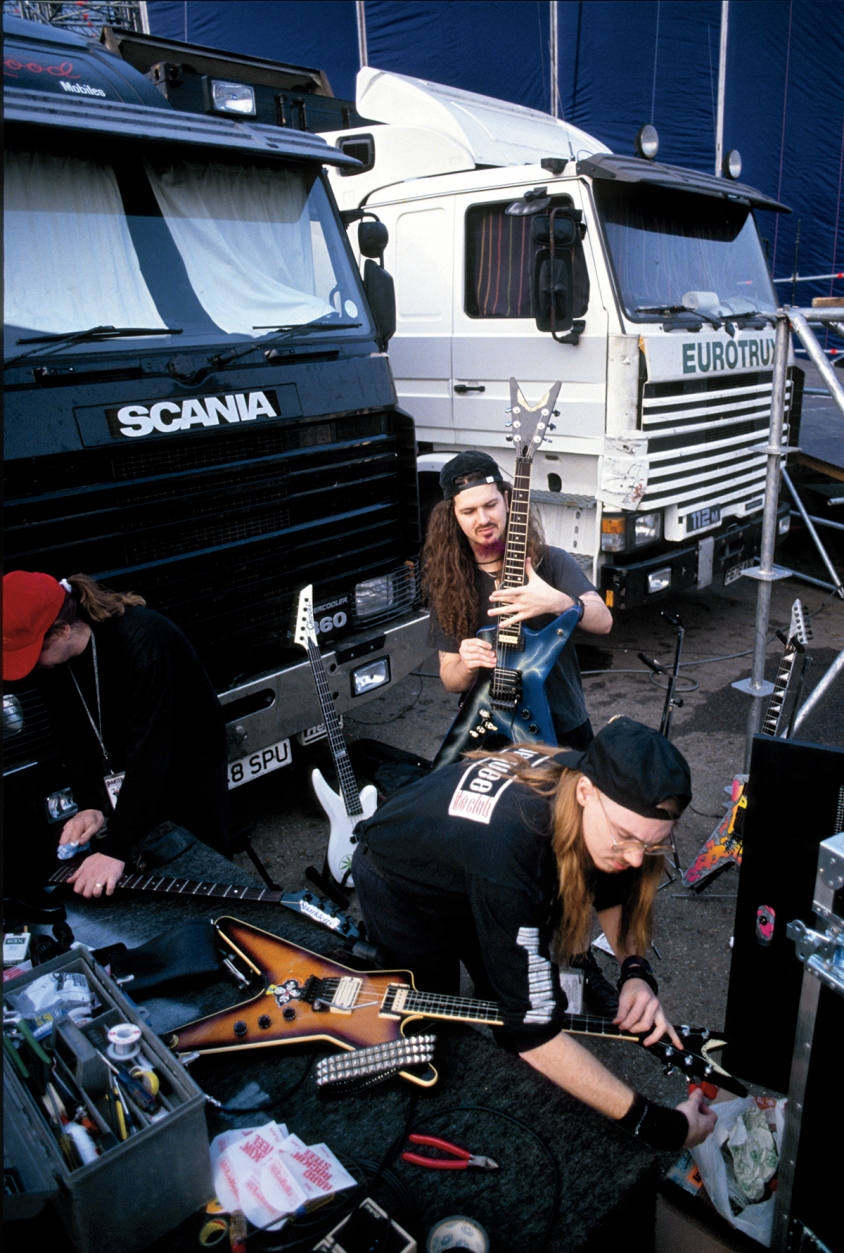 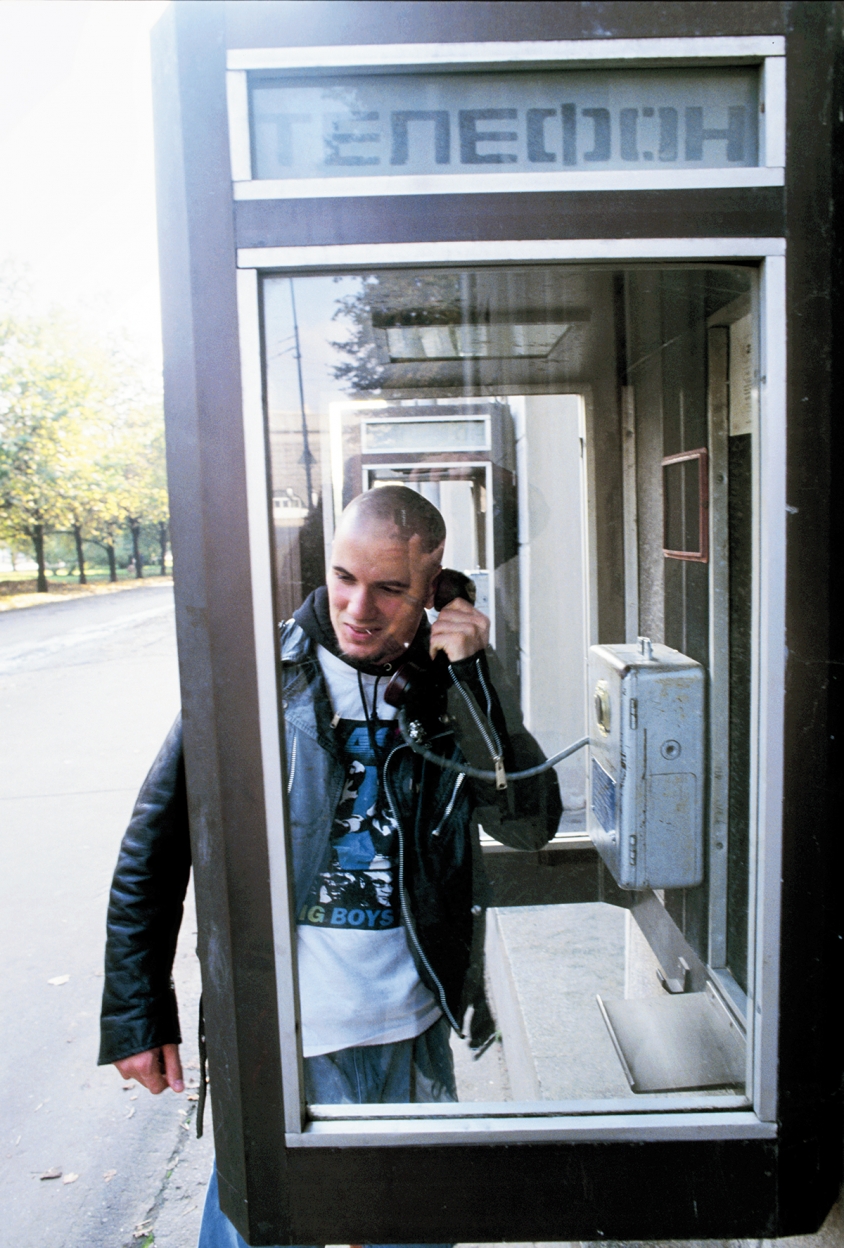 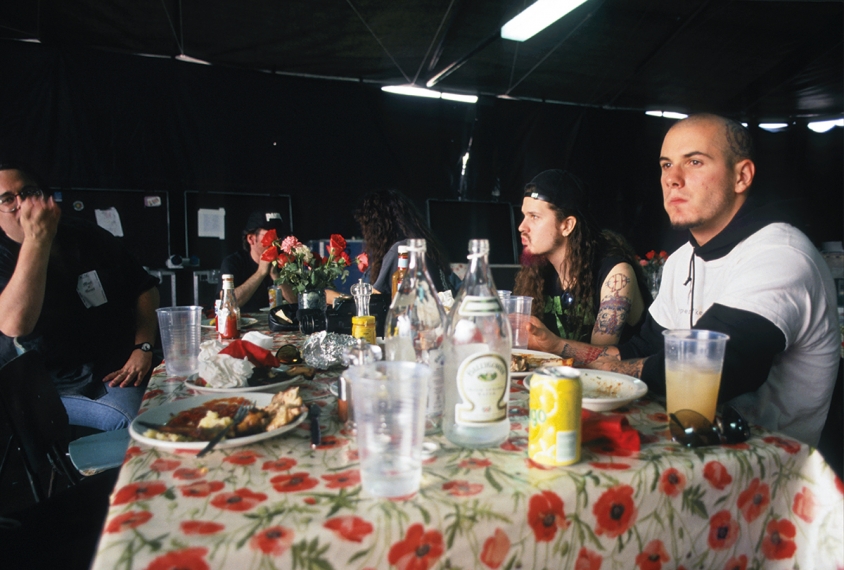 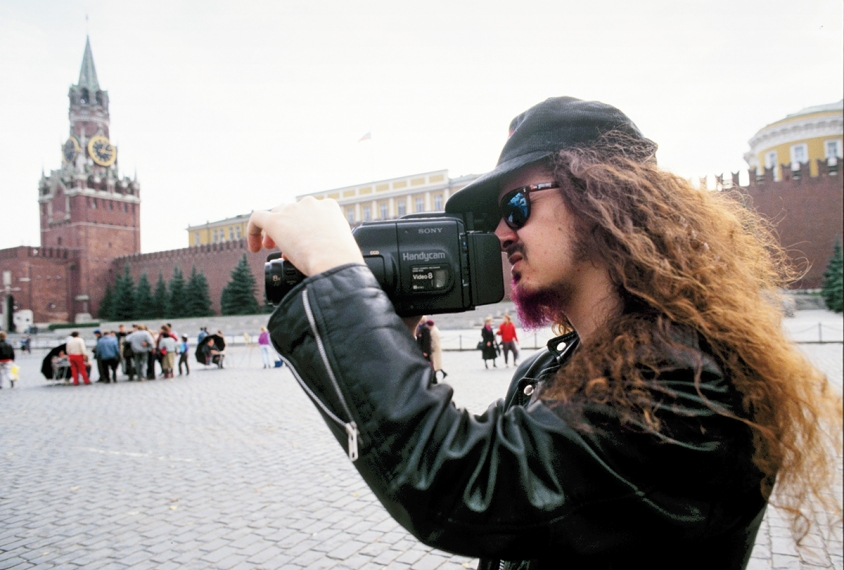 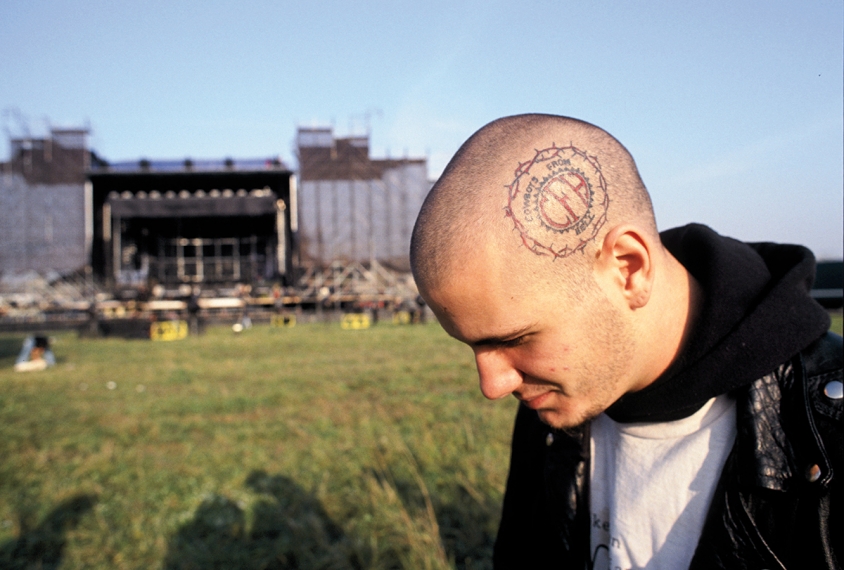 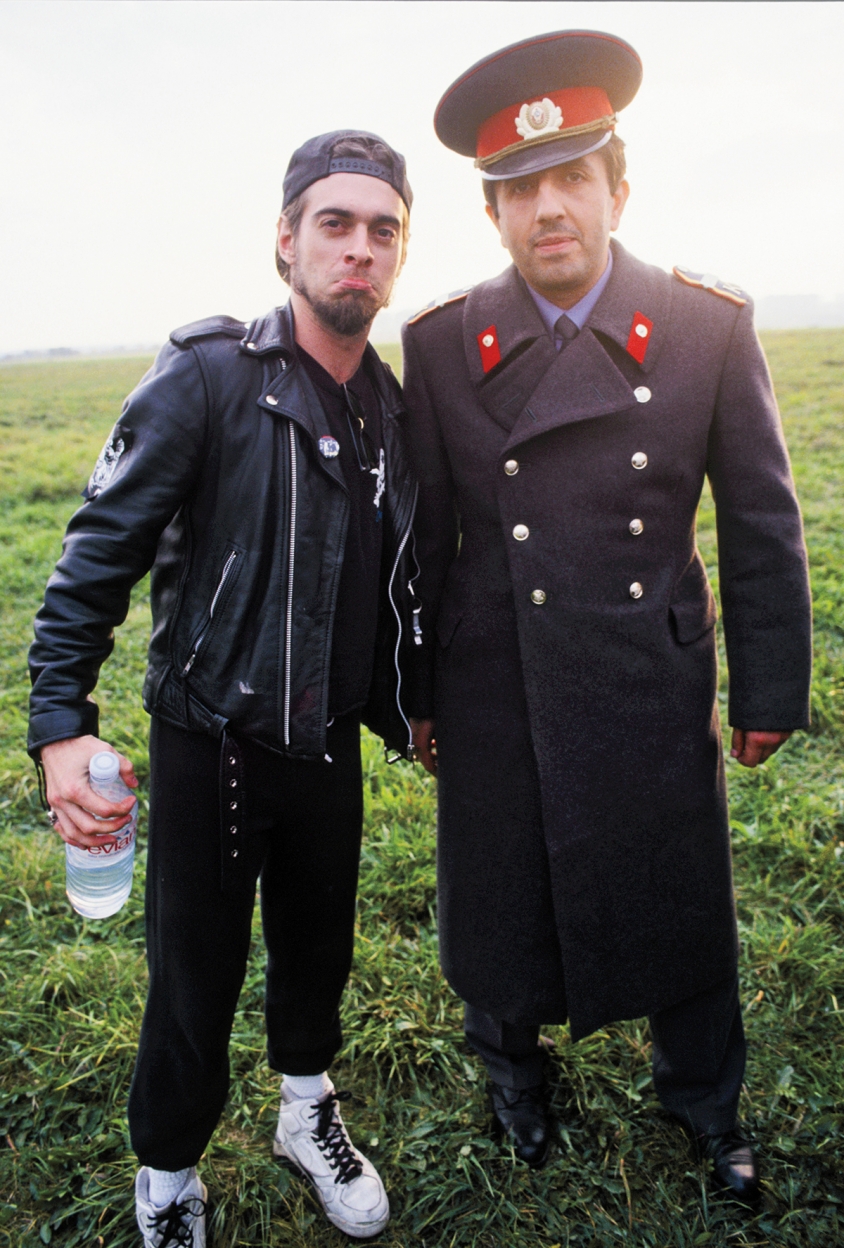 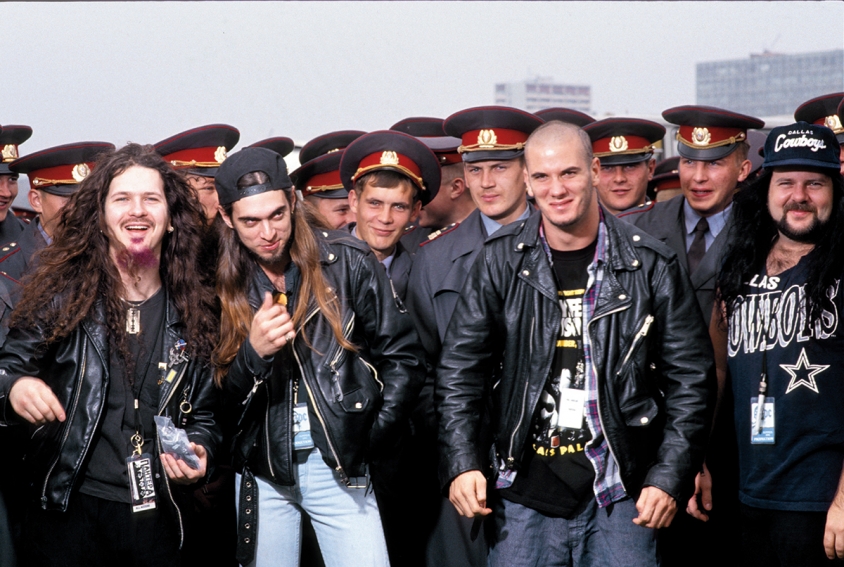 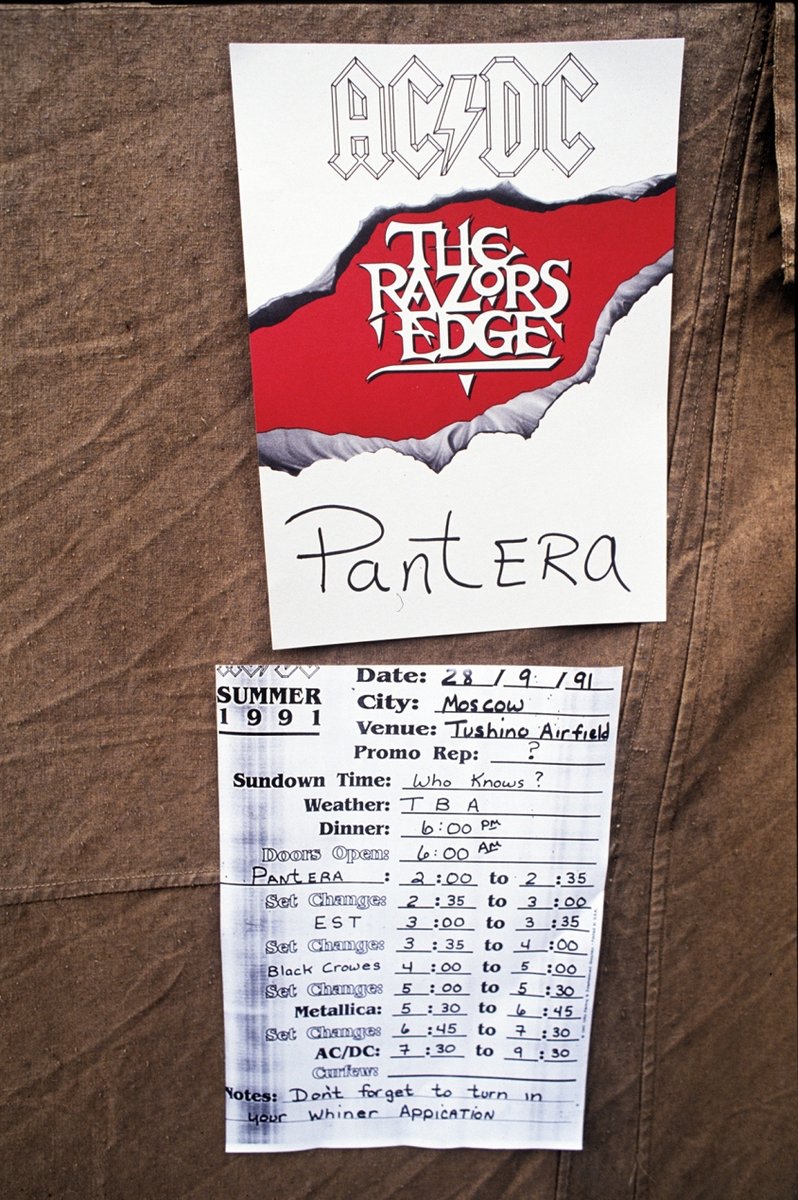 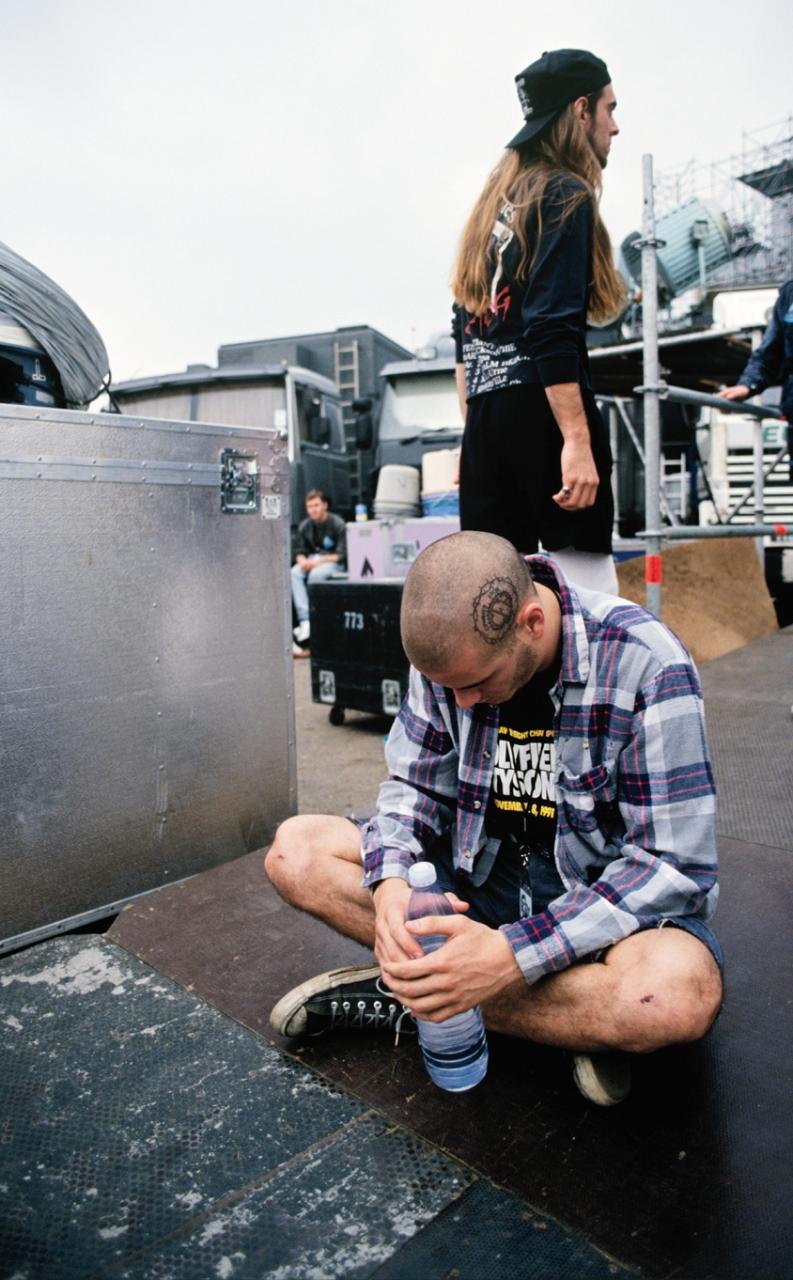 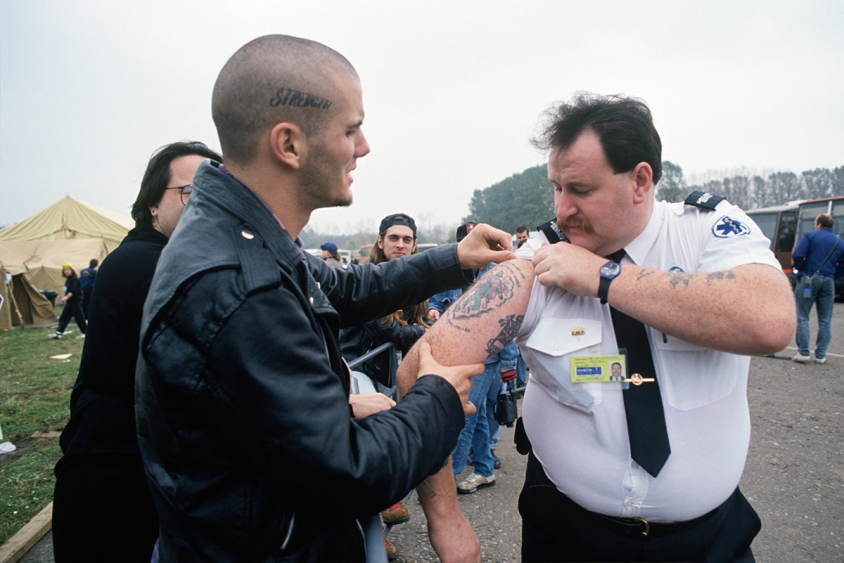 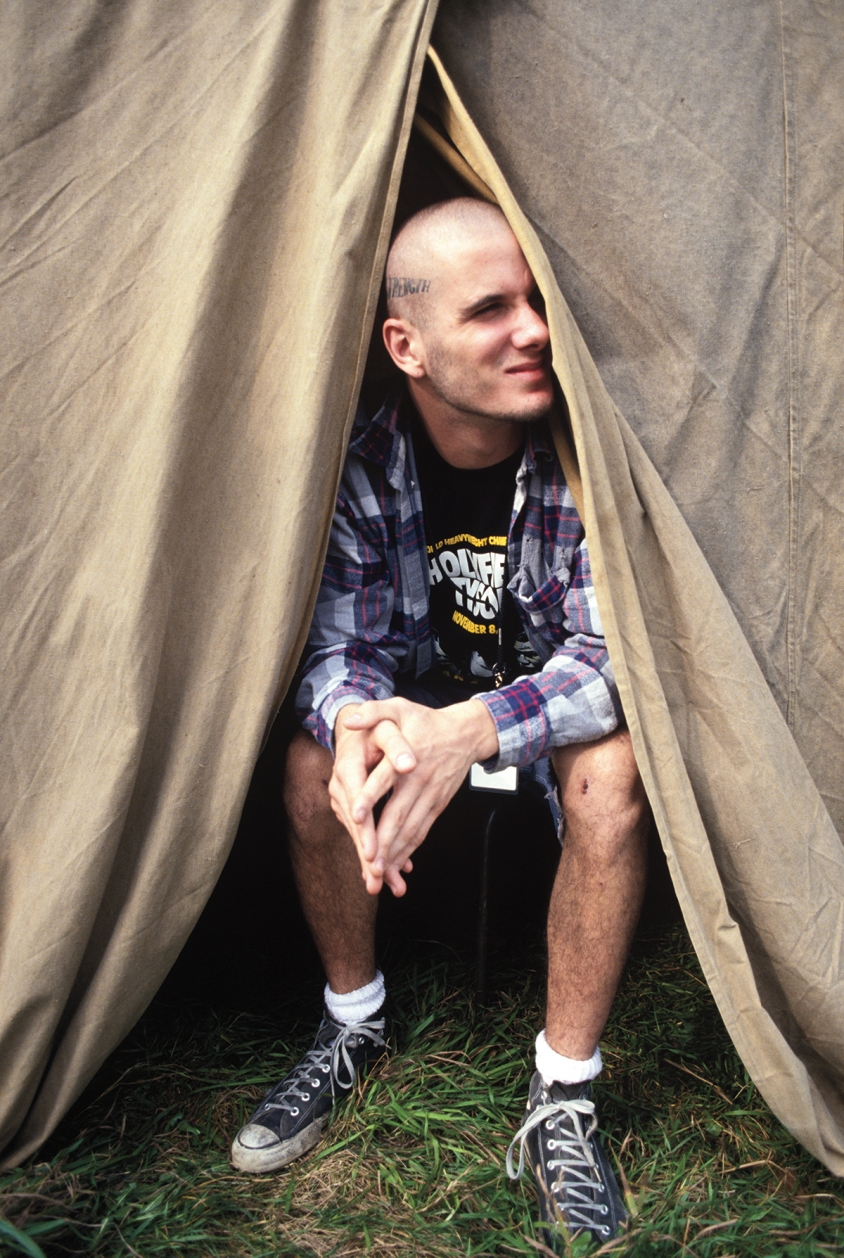 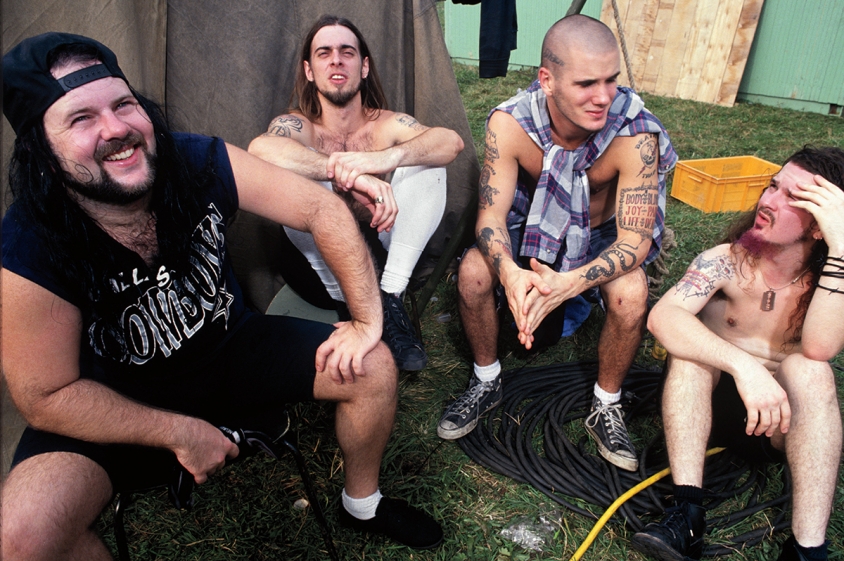 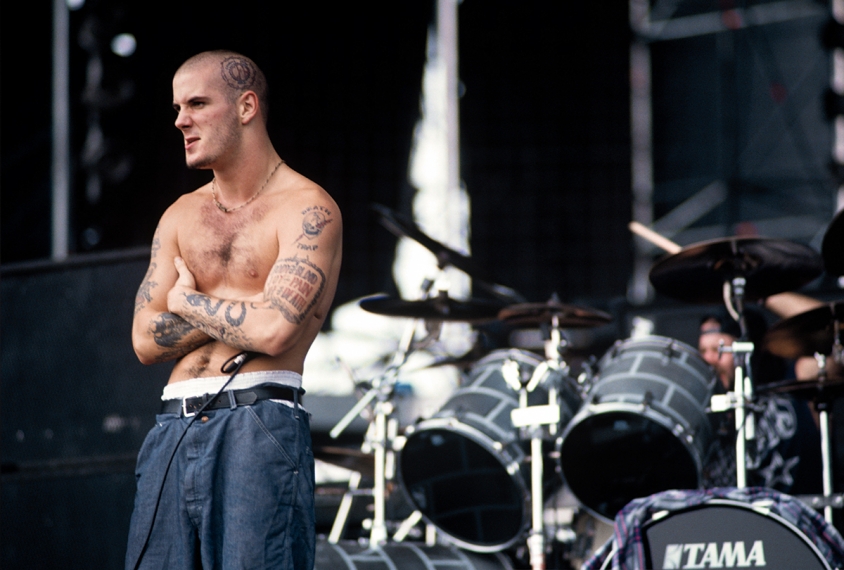 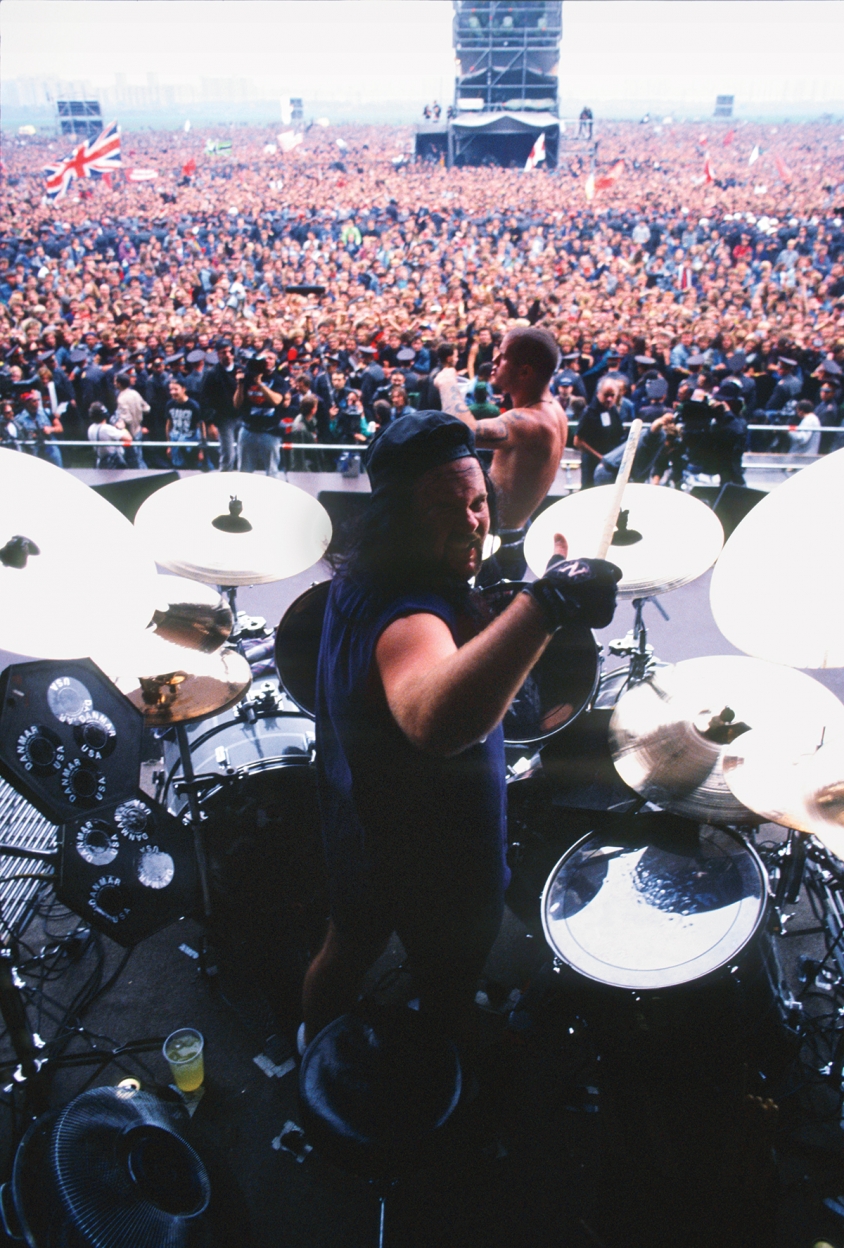 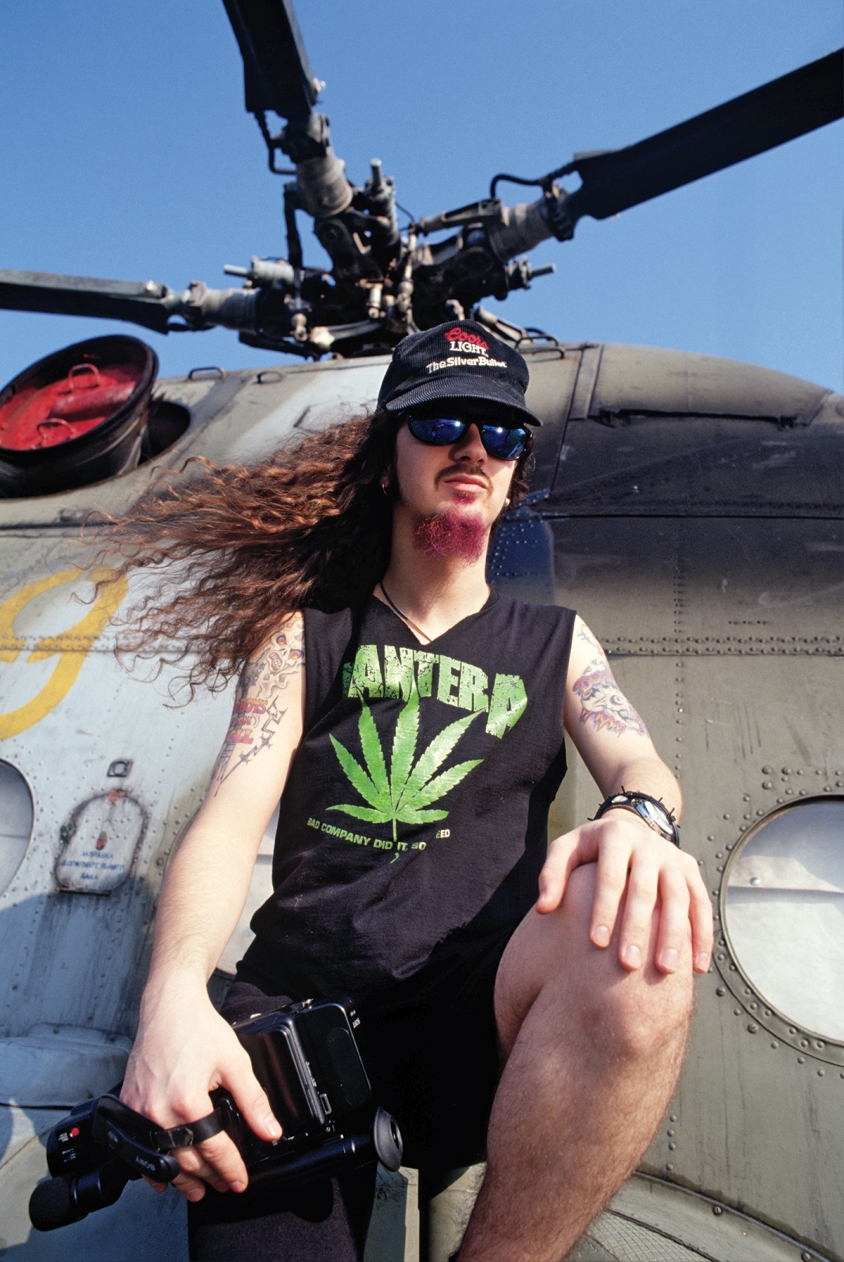 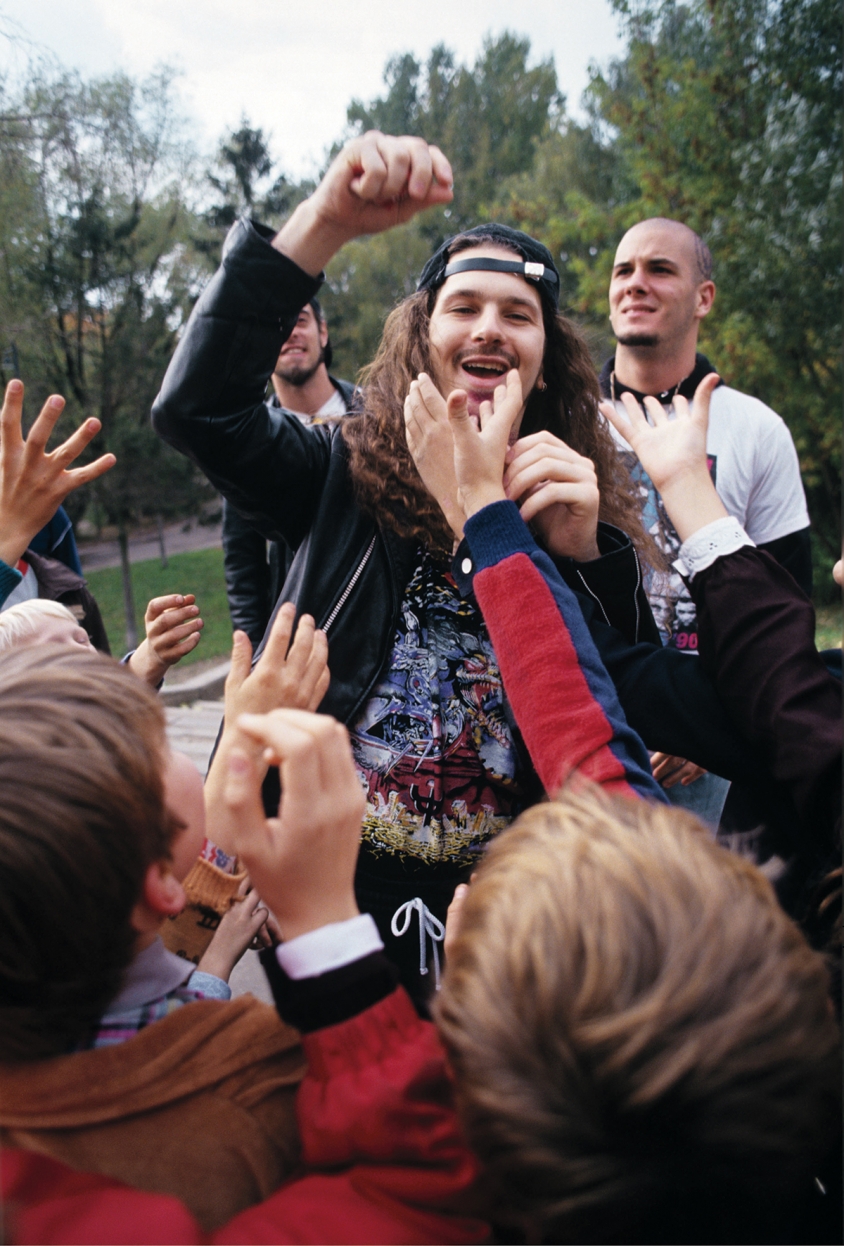 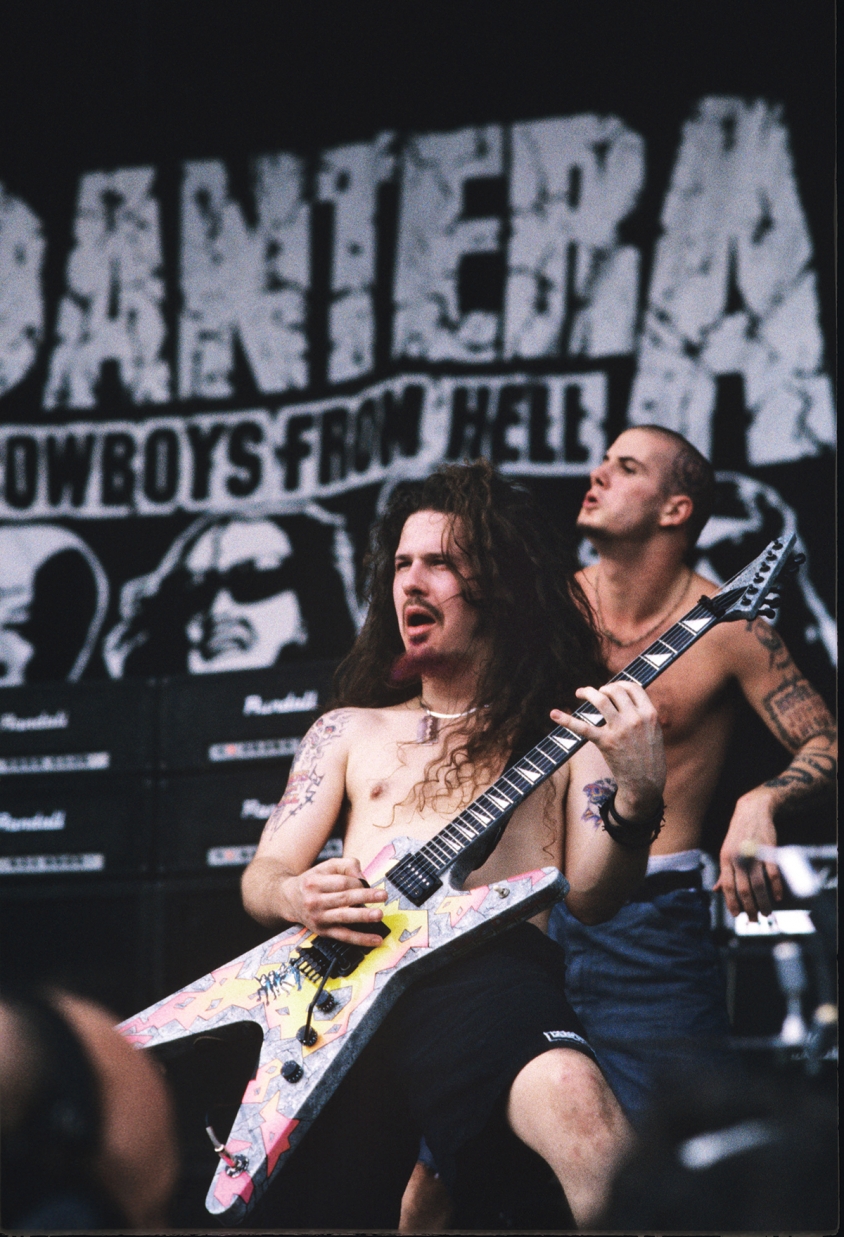 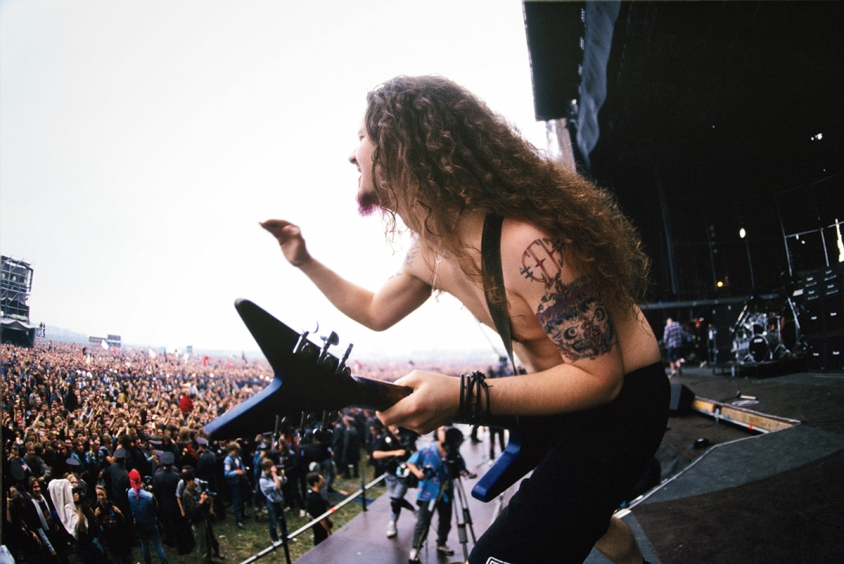 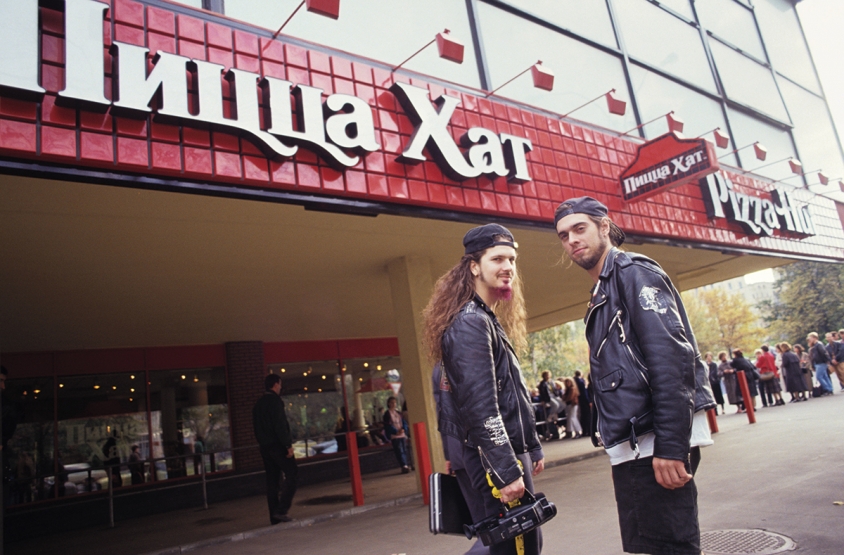 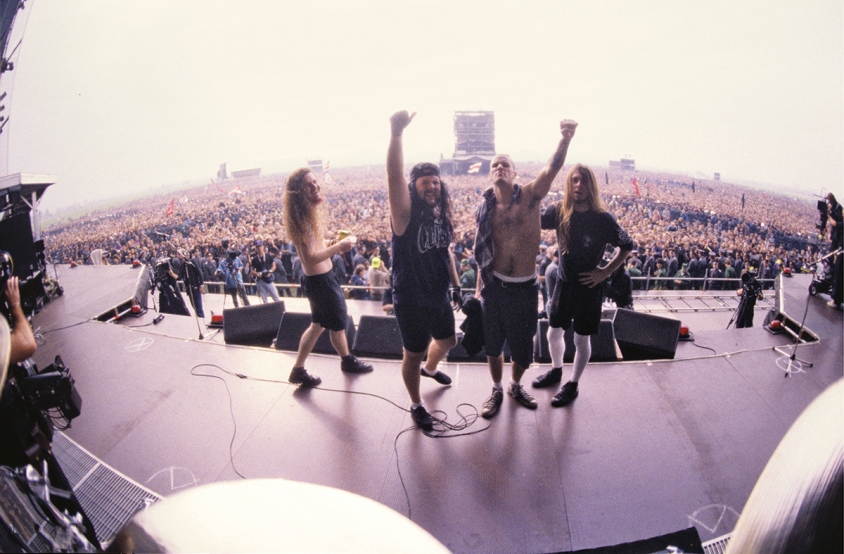 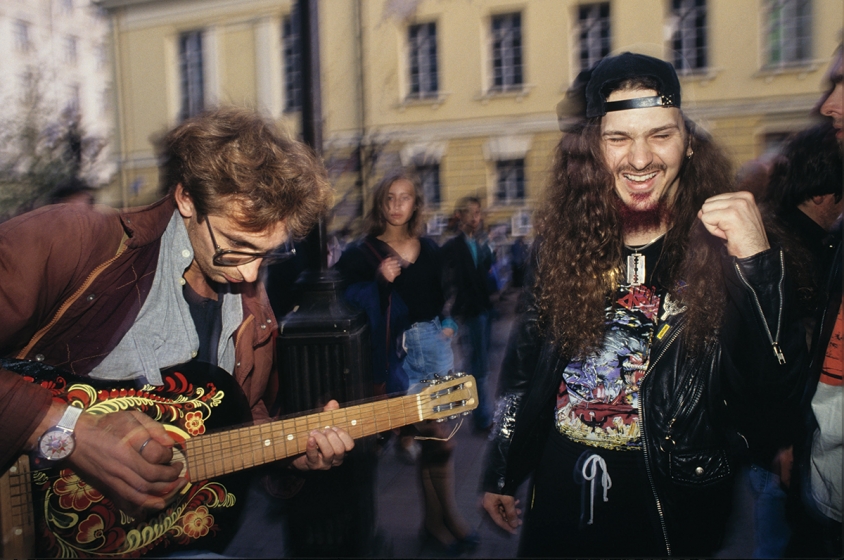 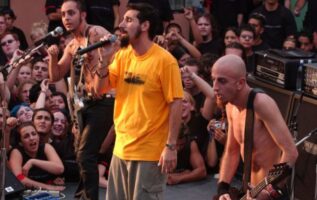 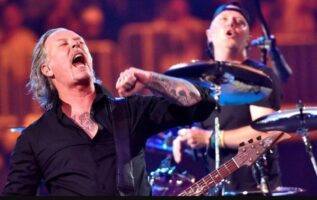