“One” is a song by the American heavy metal band Metallica. It was released as the fourth and final single from their fourth album …And Justice for All. “One” was also the band’s first Top 40 hit single, peaking at #35 on the Billboard Hot 100. It is one of their most popular songs and has remained a permanent live staple since the release of the album, making this the most played song from the album …And Justice for All. Like “Fade to Black”, “Welcome Home (Sanitarium)”, and “The Day That Never Comes”, the song starts off slow and clean, but as the song goes on, it becomes heavier and faster, leading up to a tapping solo by Kirk Hammett, and a dual guitar solo by Kirk Hammett and James Hetfield. Despite being a big hit on the Billboard Hot 100 and the music video receiving heavy airplay on MTV, the song itself received very little to no radio airplay, due to its “violent” lyrics and length of over seven minutes.

“One” was written in November 1987 by Metallica’s principal composers James Hetfield and Lars Ulrich. The song was released in 1989 as the fourth and final single taken from the album. For the first 19 seconds of the song, there are a series of sound effects with a battle theme, an artillery barrage and helicopter are heard and continues slightly over a clean tone guitar intro by Hetfield before Kirk Hammett comes in over the top with a clean-toned solo. The song speeds up after Ulrich’s drums come in and continues until each chorus, when the guitars become heavy and distorted before returning to clean. There is a second solo by Hammett halfway through the song, before lyrics cut out and the song gradually gets more heavy and distorted until the “machine gun” guitar build up (played alongside double bass drums) before the next, often highly praised, guitar solo by Hammett, and a final dual solo by Hammett and Hetfield. The song is in different time signatures. It begins in 4/4, then shifts to 3/4 (both with an occasional measure in 2/4). After the verses and choruses, it shifts to 6/4. The heavy doublebass part is again in 4/4, soon switching to 2/2 (Double-Time) up to the end.

In 1991, James Hetfield told Guitar World Magazine that he wrote the song’s opening B-G modulation based on an idea prompted by the Venom song “Buried Alive”. I had been fiddling around with that B-G modulation for a long time. The idea for the opening came from a Venom song called “Buried Alive”. The kick drum machine-gun part near the end wasn’t written with the war lyrics in mind, it just came out that way. We started that album with Mike Clink as producer. He didn’t work out so well, so we got Flemming to come over and save our asses.

The song’s theme and lyrics are based on Dalton Trumbo’s 1939 novel Johnny Got His Gun, telling the tale of a soldier whose body is severely damaged by a landmine that he steps on. His arms, legs, eyes, mouth, nose, and ears are gone and he is unable to see, speak, smell, or hear. His mind functions perfectly, however, leaving him trapped inside his own body. Trumbo directed the movie adaptation in 1971, from which the footage for the “One” music video is taken.

Now that the war is through with me-
I’m waking up, I cannot see-
That there’s not much left of me-
Nothing is real but pain now-

Hold my breath as I wish for death-
Oh please, God, wake me-

Hold my breath as I wish for death-
Oh please, God, wake me-

Now the world is gone, I’m just one-
Oh God, help me-
Hold my breath as I wish for death-
Oh please, God, help me- 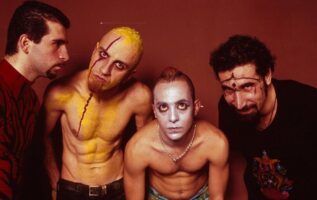 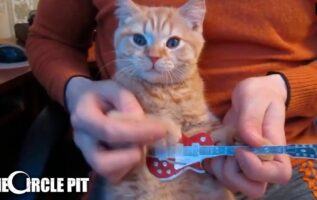