One of the first songs that the group worked on with Chester Bennington was a song known as “Blue.” The band did not like the song, but they thought that there was something special in the voice sung at the end. Chester Bennington and Mike Shinoda used the melody to write new lyrics for the song. Chester made a recording of the track’s vocal, Mike composed the lyrics for guitar under it, and they took it to the studio where other band members could edit the song. The song was renamed “Crawling.”

What happened when Chester joined the group, we moved from “Hey, these are the kind of singing parts we want,” to “Wow, these are singing parts that we never even thought of,” because his range and versatility are such that, like ‘Crawling,’ who would think to write that melody? You couldn’t because there are very few people in the world that could probably sing that. So that’s an example of when I say he really expanded our writing ability in the sense that he has such a range vocally. He really was kind of the final piece of the puzzle, and he brings vocal talent that, when we were looking for a second vocalist, we didn’t see anything close to his talent in anybody else.

Mike Shinoda said that the music on “Crawling” was heavily influenced by Depeche Mode.

Chester Bennington explained the meaning of the song on June 13, 2001:

“In a song like ‘Crawling,’ we are talking about self-consciousness or the lack of self-confidence. That’s a big part of that song because when you get into those situations with a lot of people looking at you, you find faults in yourself and you get nervous and want to change them. Things like that are really charged topics to be talking about, and when we started to write lyrics we found ourselves energized and interested in writing these songs and going after them with a lot of intensity. Sitting in front of a computer thinking about the crap you did before you go to bed, that you thought you could have done better – that will freak you out sometimes.”

“It’s easy to fall into that thing — ‘poor, poor me’, that’s where songs like ‘Crawling’ come from: I can’t take myself. But that song is about taking responsibility for your actions. I don’t say ‘you’ at any point. It’s about how I’m the reason that I feel this way. There’s something inside me that pulls me down.”

He also explained in 2009 interview, that this song “is about feeling like I had no control over myself in terms of drugs and alcohol. That feeling, being able to write about it, sing about it, that song, those words sold millions of records, I won a Grammy, I made a lot of money.” He added, “It’s not cool to be an alcoholic — it’s not cool to go drink and be a dumbass. It’s cool to be a part of recovery. This is just who I am, this is what I write about, what I do, and most of my work has been a reflection of what I’ve been going through in one way or another.” 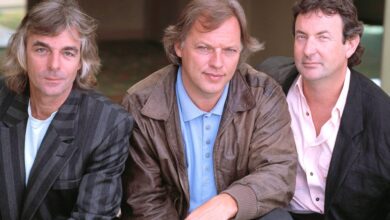