Sam Hunt and Ingrid Andress may be two very different performers, but they’ve always had a couple things in common: a fascination with genre-bending music and a mutual love of heartbreak songs. With the release of their new duet, “Wishful Drinking,” the pair are tying all their common interests together.

“I’ve always wanted to work with Sam and been such a fan of his for a long time. I admire how he stays so true to himself and am so happy to have him join me for my first collaboration,” she continues. “The song was co-written by my friend JP Saxe, and it became this amazing sad bop, which we all know I love.”

Hunt isn’t a co-writer on the song, but he felt compelled to sing on it anyway — and that’s a rarity for him, the “Hard to Forget” star admitted during a recent conversation about “Wishful Drinking” the two singers had with Kelleigh Bannen on Apple Music 1. Though he’s not opposed to singing on a song he didn’t write on principle, Hunt clarifies, he often finds it difficult to connect to songs that he didn’t have a hand in creating.

This song was different, though. “It’s usually the people involved in the song, too … the writers, my connection to Ingrid, being a fan, and then meeting her and hitting it off and getting to experience her heart firsthand,” he notes.

Plus, Hunt says he can “100-percent relate” to Andress’ love of “sad bops.” He agrees, “They’re my favorites.”

Along with the new song, Hunt and Andress also dropped a music video for “Wishful Drinking” on Monday (Aug. 2), which centers around Andress’ love of ’70s cult classic films and the fashion associated with them. Filmed at the Flamingo Cocktail Club — and eccentric, pink neon-splashed Nashville venue — the clip finds Andress and Hunt each separately nursing their heartaches at a bar before finally coming together onstage for a performance: 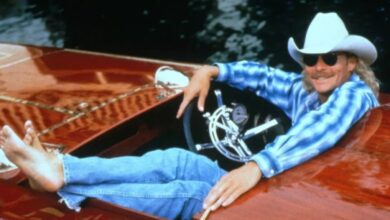 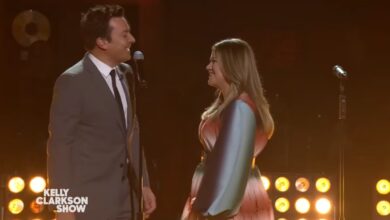 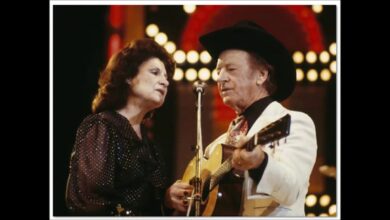 You & Me / Kitty Wells & Johnnie Wright