“Dante’s Inferno” is a song by the American heavy metal band Iced Earth. The song was originally released on the group’s 1995 album Burnt Offerings, and was re-recorded in 2011, with the current line-up of the band. “Dante’s Inferno” is also one of the longest songs the band has ever recorded, with the original clocking in at sixteen minutes and twenty-six seconds and the re-recorded version clocking in at seventeen minutes and twenty-eight seconds.

The song is based on the Inferno -segment of Dante Alighieri’s epic poem the Divine Comedy.[2] In it, Dante travels through the nine circles of Hell, guided by the Roman poet Virgil. The circles are concentric, representing a gradual increase in wickedness, and culminating at the centre of the earth, where Satan is held in bondage. Each circle’s sinners are punished in a fashion fitting their crimes: each sinner is afflicted for all of eternity by the chief sin they committed.

The first circle is Limbo, where reside the unbaptized and the virtuous pagans, who, though not sinful, did not accept Christ. Beyond the first circle, all of those condemned for active, deliberately willed sin are judged by the serpentine Minos, who sentences each soul to one of the lower eight circles. In the second circle are those overcome by lust. These souls are blown back and forth by the terrible winds of a violent storm, without hope of rest. The third circle is gluttony, where the gluttons, guarded by Cerberus, are forced to lie in a vile slush produced by ceaseless foul, icy rain. Those whose attitude toward material goods deviated from the appropriate mean are punished in the fourth circle, avarice. They include the avaricious or miserly, who hoarded possessions, and the prodigal, who squandered them. The two groups are guarded by a figure Dante names as Pluto. The two groups joust, using as weapons great weights which they push with their chests. In the fifth circle, anger, in the swamp-like water of the river Styx, the wrathful fight each other on the surface, and the sullen lie gurgling beneath the water, withdrawn “into a black sulkiness which can find no joy in God or man or the universe.”

Gustave Doré’s original painting of Lucifer from the Divine Comedy.
The lower parts of Hell are contained within the walls of the city of Dis, which is itself surrounded by the Stygian marsh. Punished within Dis are active (rather than passive) sins. The walls of Dis are guarded by fallen angels. Virgil is unable to convince them to let Dante and him enter, while Furies and Medusa threaten Dante. An angel sent from Heaven secures entry for the poets, opening the gate by touching it with a wand, and rebuking those who opposed Dante. In the sixth circle, the heretics are trapped in flaming tombs. The seventh circle houses the violent. Its entry is guarded by the Minotaur, and it is divided into three rings: the outer ring (which houses the violent against people and property), the middle ring (where lie the suicides) and the inner ring (the violent against God and the violent against nature). The last two circles of Hell punish sins that involve conscious fraud or treachery. In the ninth circle, the very centre of Hell, condemned for committing the ultimate sin (personal treachery against God), is Satan. Satan is described as a giant, terrifying beast with three faces, one red, one black, and one a pale yellow. Satan is waist deep in ice, weeping tears from his six eyes, and beating his six wings as if trying to escape, although the icy wind that emanates only further ensures his imprisonment (as well as that of the others in the ring). Each face has a mouth that chews on a prominent traitor, with Brutus and Cassius feet-first in the left and right mouths respectively. In the central, most vicious mouth is Judas Iscariot. Judas is being administered the most horrifying torture of the three traitors, his head gnawed by Satan’s mouth, and his back being forever skinned by Satan’s claws. Dante and Virgil finally escape Hell by climbing down Satan’s ragged fur, passing through the centre of the earth. 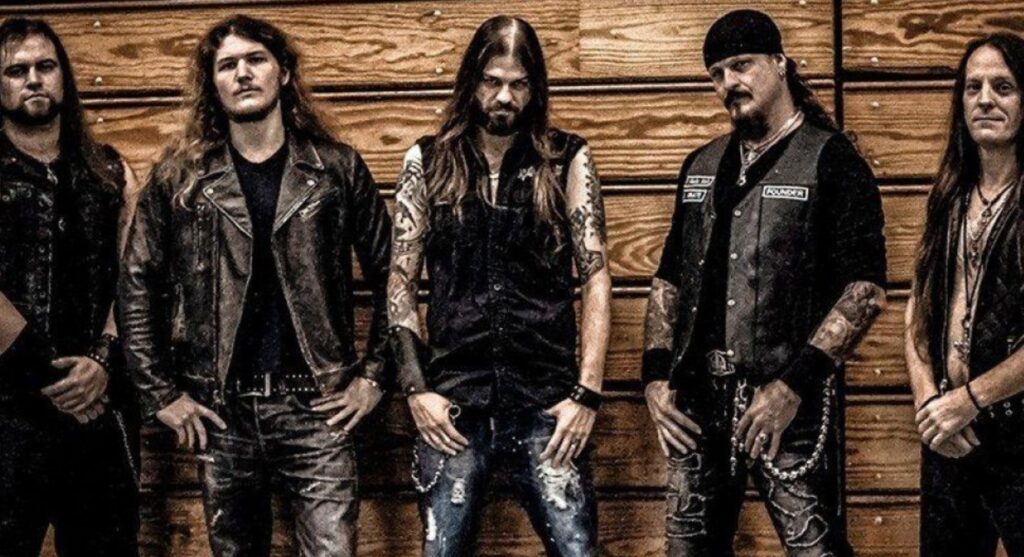 Through the fiery caverns we sail
Virgil at my side my guide and master
Questing through the nine plains of hell
Infernal wisdom shall fill my soul
Slowly now the days departing
The darkened air releases me
Frightening visions of my journey
Entrance me to limbo I’m not
Free
Abandon all hope who enter here
Enter the gates, Charon awaits
Abandon all hope who enter here
For this is where all things are left behind
Every doubt and every cowardice must die
Souls of rage and anger whipping in despair
The souls that wail on this plain pray for death
Denial is the reason for their suffering
Forever being stung by wasps and demons breath
The blood and tears that fall serve the maggots need
Descention, thrusting to the second plain
Minos judges as his tail twines
Lustful thoughts and greed whip these wretched souls
A hurricane of hate mocks their helpless pleas
Drifting now down deeper, into eternal flames
Awake at the third circle, the cold and filthy rain
Punished for their gluttony, languid for all time
The earth it stinks of corpses, damned for all time
The vicious beast Cerebus, three heads, blooded eyes
Tears his talons through the air, all the skinners cry
Down, be still thy cursed wolf
The master scorns its name
Dive to the next plain
The sullen and the vain
Suffer for greed
The prodigal they bleed
For all eternity
Plutus holds the key
Damned, the wrathful and the vain
Suffer the fifth plain
Cross the river Styx
Heed your crucifix
The mudded corpses cry
Howling to the sky
Reach the other side
Open wide the gate
Enter the sixth circle of barren land and flames
Passing through the gate of dis the furies scream her name
Belching forth in agony invoking her to rise
The spirit’s rage consuming us the evil in their cries
Queen of vipers, queen of serpents
Cast their souls to stone
Spread to wealth of Gorgon’s power
Medusa’s inner soul
We’re drawing ever closer to the seventh hell
They violate their neighbors, their god and themselves
We’re sailing slowly through the boiling river of blood
Immersed in the depths below souls scream in agony
The twisted beast he laughs, he draws his arrow back
His sights on anyone exposing of their flesh
He impales their hearts with ease
And shrugs their piercing screams
Pity is they’ll never die
They’ll suffer here eternally
Imagine a place where every horror comes to life
Where every torture is real and time stands still
Eight fiery steps and we’re closer to the end
In a cold and timeless grave buried head first in shit
Praying all the while for a quick & painless death
Scratching furiously at scabbed and oozing wounds
Lucifer … angel of light
Cast below god of ice
Ruling hell unholy trinity
The traitors freeze for all eternity
Lucifer … betrayer of god
Tormentor ruthless and cold
Judas’ screaming here in agony
The traitors freeze for all eternity 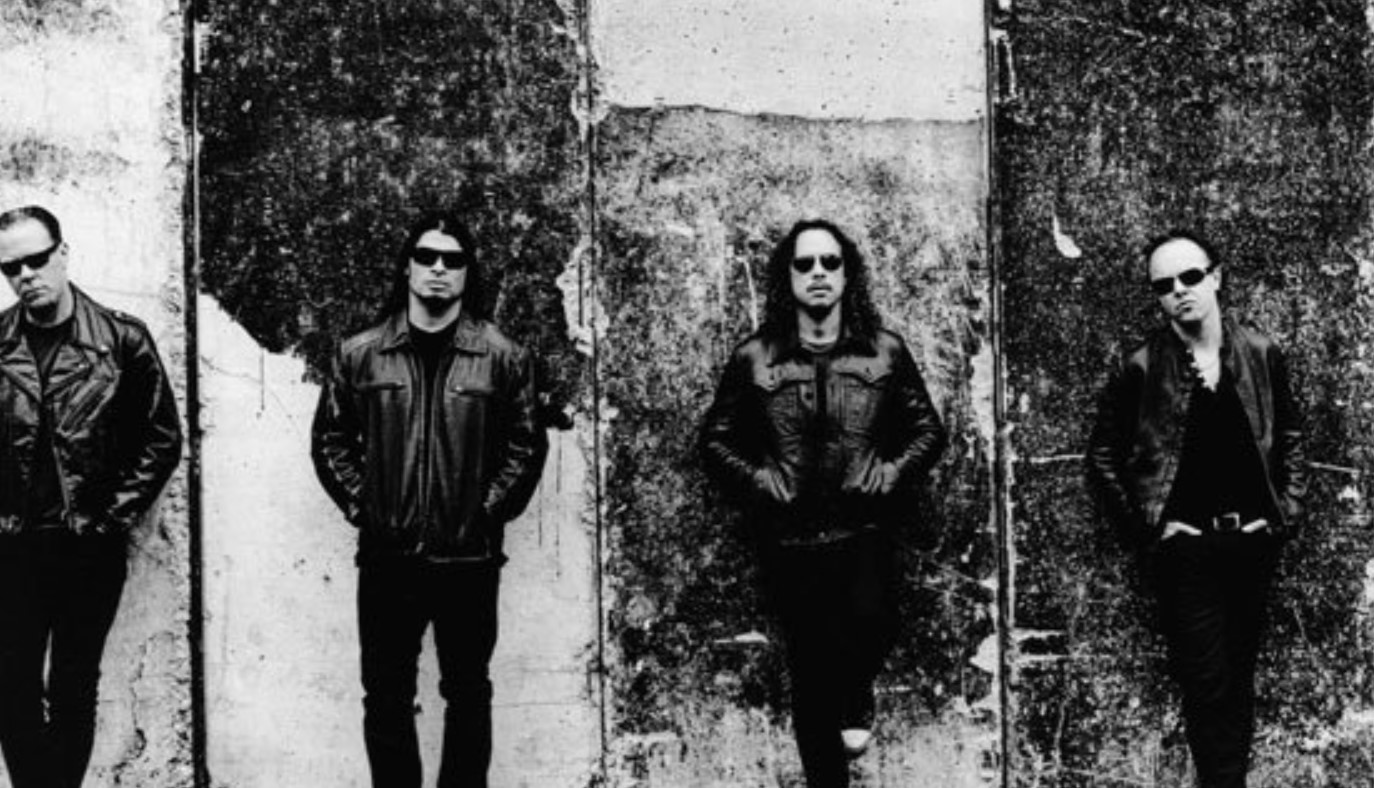 Lamb of God – Laid to Rest