Foo Fighters gave fans at their Kansas City, Missouri show on Friday a night to remember by covering Metallica’s “Enter Sandman” with a twist after Dave Grohl invited a young fan onstage to play guitar for the performance. 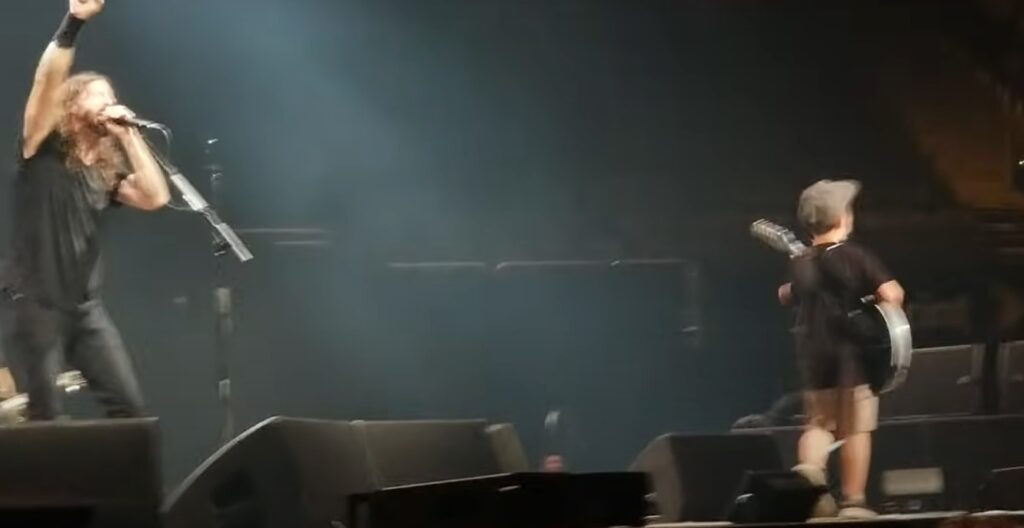 In fan-filmed footage, Grohl is seen asking the 10-year-old fan named Collier Cash Rule if he knew how to play guitar, to which he replied “yes.”

“What do you know?” Grohl asked, to which Collier responded, “I know a lot of Metallica songs.” The kid then proceeded to launch into the opening riff of “Enter Sandman” alongside the Foo Fighters.

Grohl interrupted the band mid-song to ask Collier if he knew any other songs; Collier responded with the riff to Metallica’s “Welcome Home (Sanitarium).” Grohl, impressed by the young fan’s talent, also made a joke about Ed Sheeran’s concert in the same city that evening, saying Sheeran “ain’t got nothing on Collier.”

Collier, a native of nearby Shawnee, Kansas, was later given the ultimate gift by Grohl, one of the frontman’s own guitars. “If I see that shit on eBay next week, I’m gonna find you, Collier,” Grohl warned.

NIGHTWISH – The Phantom Of The Opera