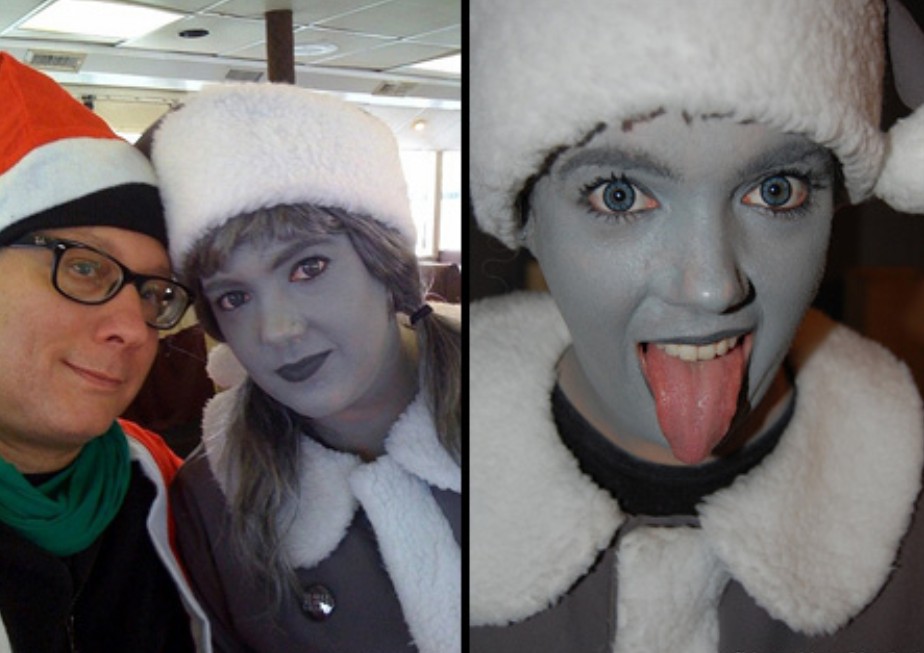 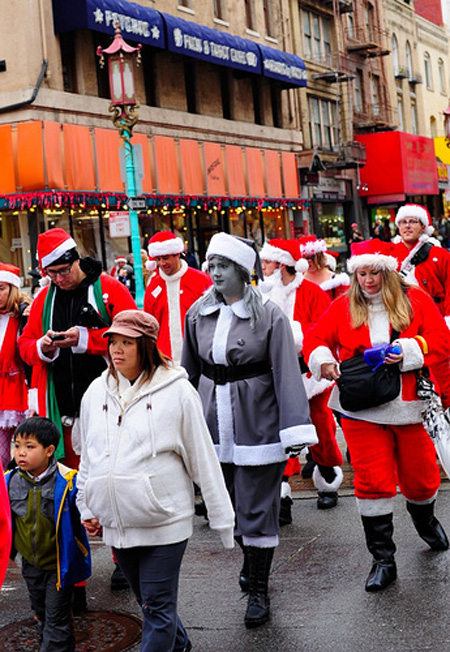 At first glance, it’s easy to assume that these images were photoshopped. Amazingly, they were not. This custom black-and-white Santa Claus costume was made by Brody S. for San Francisco SantaCon 2009. To create the illusion, a grey wig, fabric, contacts, and Kryolan body paint were used.

“When I decided to make a Desaturated Santa costume, I realized that to remove the visual cue of Red but still be recognizable as a Santa, I had to maintain as many of the other signifiers as I could. The illusion of a walking black-and-white-photo of a Santa wouldn’t be as effective if I wasn’t wearing a very classic Santa outfit.” -Brody S. 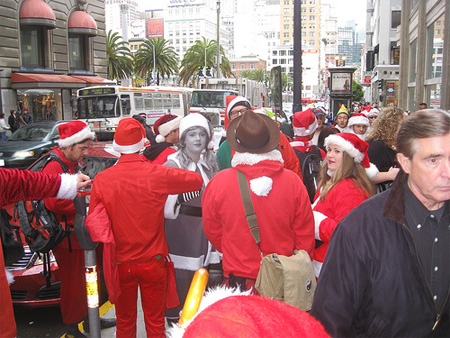 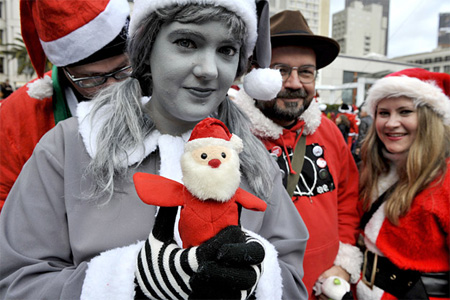 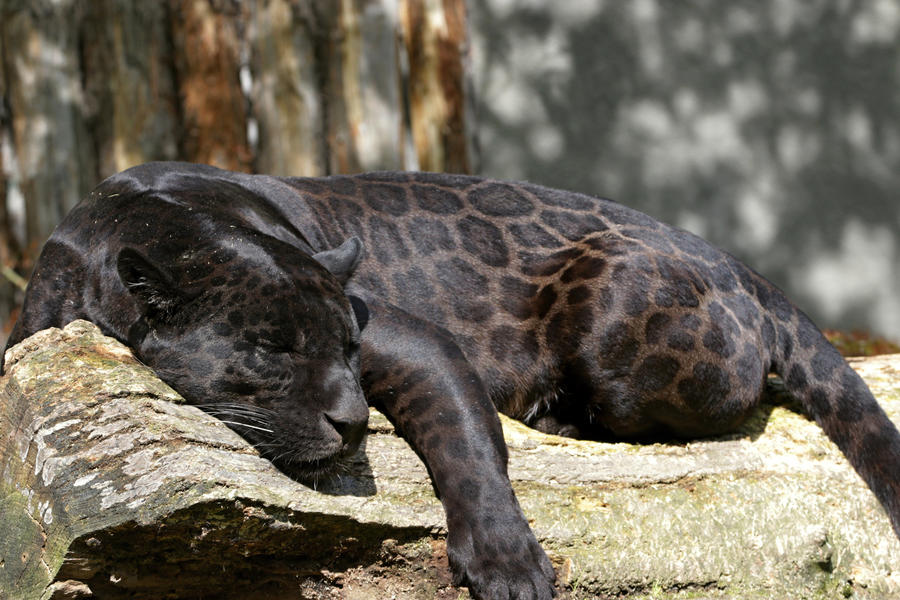 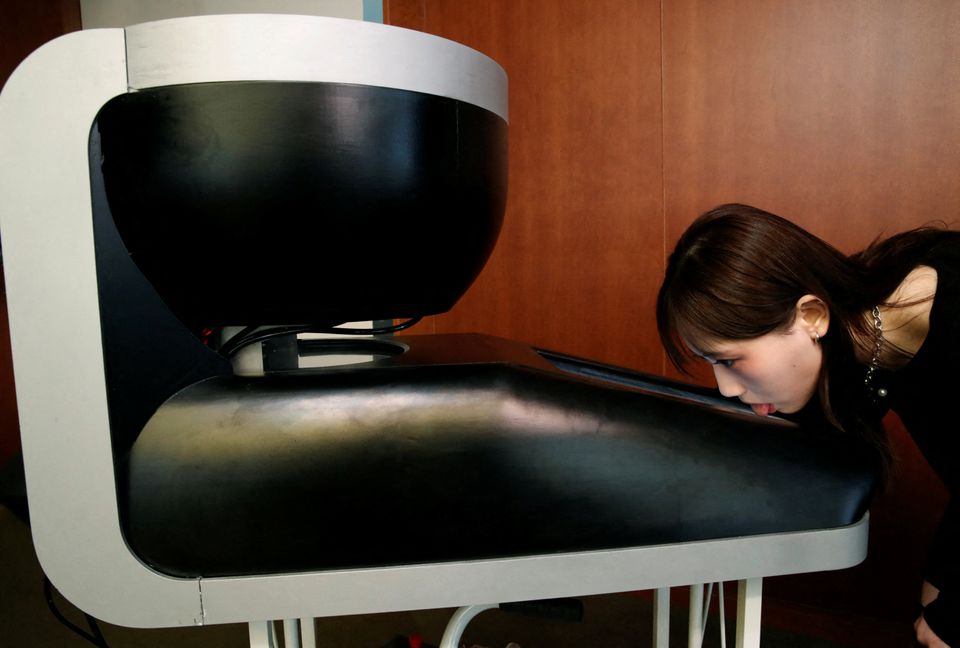 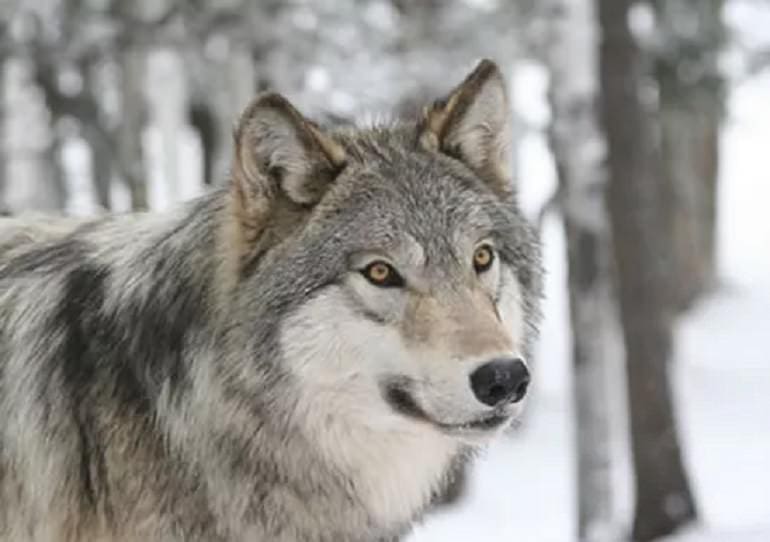 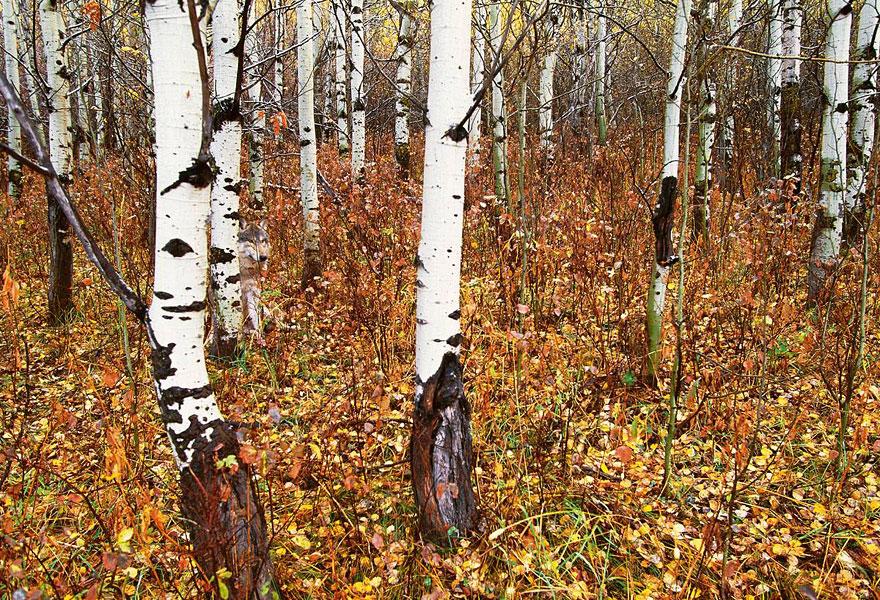