Creeping Death is the seventh track on Ride the Lightning. It is a reworking of the Exodus song “Die By His Hand”.

It is the first and only single from the album. Writing credits go to James Hetfield, Lars Ulrich, Cliff Burton, and Kirk Hammett.

Getting a million Russians to scream die has to be one of the most badass feelings on this earth.

The song is based off the second half of the movie The Ten Commandments, when the plagues are spreading and killing the people.

Cliff Burton commented on it, saying that it was like “creeping death”. The “creeping death” is actually the Plague of the Firstborn (Exodus 12:29). Some of the other plagues are mentioned in the song as well. 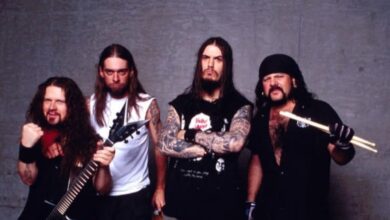