“Tears Don’t Fall” is a song by Bullet for My Valentine. It is the band’s fourth single and the fourth track from their first full-length studio album, The Poison (2005). The single was released on June 17, 2006 through Trustkill Records in the US. The song, which has a duration of 5:48, is also the title track of Bullet’s third EP, released in 2006. The track won the Kerrang! Award for Best Single.

The song is extremely popular among fans and generates the most crowd response. It was played as the closing track during the encore during the band’s Temper Temper World tour in 2013-2014. It is considered by many fans as their best song.

“When it first came out it became very clear that it was a bit of a moment for the band’s career, even at that early stage and bit of a moment for the hard rock metal genre. It’s a song like no other and the things that song has done for our band is incredible. It’s a song that’s really connected and has last the test of time. That song will never drop because of the importance of it. We know the significance and importance of it, it’s a song that means a lot to us as well as the fans who were there in the early days and since.” – Matt Tuck

Tears Don’t Fall is composed in the key of G Minor and played in the standard Bullet For My Valentine tuning, which is Drop C (C G C F A D)

The song opens with a clean guitar riff (the verse riff) with a heavy delay on it, played by Padge. After one repetition, it is joined by Matt’s slightly distorted chords played over the clean riff.

At 00:47, a small pre-verse is played on the clean sound by Padge and is followed by the verse, which features the first intro riff on the guitar.

The verse starting at 00:50 features Matt singing cleanly over it with the clean guitar riff from the intro, accompanied by accenting drumming by Moose, with Jay doubling the bass pedal on Moose’s drum rhythmically over a G-Eb progression.

At 1:01, two harmonics under Matt’s vocals begin the post verse, which sees the repetition of the clean guitar riff, as the other guitar joins in for a steady build-up to the pre-chorus with straight eighth notes on the rhythm guitar and bass with a G-Eb-F progression backed up by smooth drumming.

1:13 sees an aggressive tom drum fill by Moose which leads into the heavy pre-chorus, based on Moose’s extremely aggressive drumming, galloping on the bass drum while providing steady eighth notes with the other foot. The rhythm guitar accompanies the galloping rhythm while the bass guitar is double-tracked and accompanies both of the rhythms played on the bass drum. This aggressive galloped rhythm is topped up by a lead guitar melody and screamed vocals by Matt.

At 1:26, the song’s first emotional chorus hits, with the heavy riff from the intro under Matt’s singing, with some lines harmonized.

The structure is repeated for another verse, post-verse, pre-chorus and chorus.

At 2:52, the song breaks down at a much higher tempo, with a fast galloping rhythm on the left guitar. The other guitar, drums and bass join in after a short scream at 2:57. And the song shifts into the harmonized melodic galloping riff at 3:01. The guitar on the right channel plays the higher harmony (played by Padge live) while the left channel the lower harmony. The dual guitar sound is well backed up by a straight fast drumming pattern and a similar melody and galloping by the bass.

At 3:23, the song shifts into a heavy bridge with clean singing and straight three-note power chords on the guitar and accompanying bass note over a simple drum pattern. A break between the vocal lines is there with an interesting rhythm pattern on all instruments, with the guitars harmonizing in minor thirds, with vocals getting progressively heavier and screamier until the final scream at the end of which the galloping rhythm from the break down is heard on the right guitar, which is a prelude to the dual solos.

Just before the first solo kicks in, Matt screams a short “Let’s Go”

The first solo (3:45) is performed by Padge and is prominent on the left channel. It’s a straight off fast pentatonic based lick played at a high speed with vibratos and pinch harmonics and a wah-wah pedal.

The second solo (3:55) is performed by Matt and is prominent on the right channel. It starts off with a C note tremolo-picked on the G-string which is bent progressively with the wah. The other part of the solo features fast bending and releasing and lots of pinch harmonics and a quick descending scale run to end it.

The solos are backed by the same galloping harmonized rhythm from the breakdown.

At the end of Matt’s solo, he does a pick slide while the rhythm guitars do the fast chord shifts from the breakdown, at the end of which, the song comes to a small pause with sustained power chords.

The third post-verse follows with slightly different singing notes in the end to give a feeling of an end to the post verse, followed by the slightly more aggressive pre-chorus.

The chorus kicks in again, but, after it has been sung once, the second repetition sees backing vocals coming in.

The song stops to a small harmony guitar break at 4:57, as a prelude to the upcoming melodic outro solo, with the band kicking in back to the chorus after a scream by Matt starting at 4:59.

The final chorus is similar to the previous one, with Matt singing the lead vocals with harmony and Jay singing the backing high vocals. The final chorus ends with a dual clean/scream The guilty to come home and leads into the slow, melodic, outro solo played by Matt, backed up by the chords from the chorus.

The song breaks down into the guitar harmony, with the left channel harmonizing the outro solo melody in a minor third lower with accents by the bass and drums.

The song finishes with the fast harmonized melodic galloping riff from the breakdown as the outro.

Tears Don’t Fall has a lot of vocals in it, both guttural and clean. The lyrics tell the tale of a man having an affair on his partner and the feelings of guilt he has, and how he isn’t sure whether his partner would still love him if she knew the truth. The song later reveals that the man dies in the same room where he once slept with his love.

The song begins with an epic Let’s Go!!! scream by Matt.

The first verse features clean singing talks about how the singer is watching his girlfriend sleeping with him yet feels her slowly fading or going away from him.

The post verse sees the singer asking if his love will hear him if he called her or if she would still be with him in spite of his guilt and shame. The lines hear me if I called her name and knew my shame” are harmonized and sung by Matt and Padge live.

The pre-chorus features almost purely screaming vocals. They are performed by Jay live. Although Matt performed the line There’s always someone fuckin’ hanging on prior to his throat surgery in 2007. The lyrics here talk about the singer whining about how everything keeps going wrong and realizes that he is walking in the wrong direction. The final line sees him asking for help to make things better

The epic, catchy chorus features clean singing by Matt with backing vocals on the lines Tears don’t fall and Her conscious calls. The lyrics talk about how much the singer’s lover’s tears mean to him and that they don’t just fall, but crash around him, metaphorically, destroying the world around him, and that his conscious is telling him to tell his lover the secrets and guilt he has been hiding.

The second verse talks about how his relationship is slowly dying without any struggle and screams, and how he himself is dying.

The second post-verse, pre-chorus, and chorus are the same as the first.

The bridge starts off with clean, high and emotional singing. With a No more line being harmonized. The singing gets progressively more aggressive with every word and more into screaming. The final line My World is over one more time is screamed. The lyrics in the bridge talk about the singer returning to the room where he once spent time with his lover and how his broken heart (and bones) won’t heal anymore as he is on his last breaths and hopes for death to come and take him away and free him of the pain, as his world is over once again.

The third post-verse features the same lyrics. However, there is a difference in the backing vocals which sings only one line hear me, if I called her name. However, Matt sings if she knew my shame higher to give a more emotional feel and an end to it.

The third pre-chorus remains the same.

The vocals in the chorus remain the same, however, after it has been sung the first time, Jay comes in with singing Tears Don’t Fall and Conscious calls providing a very emotional and ballady feel to the song.

A better scream kicks off the final chorus again after the first slow guitar harmony. The chorus repeats with the same vocals and high backing vocals providing a very emotional ending to the song, as the final Guilty to come home is sung both clean and screamed together.

[Verse 1]
With bloodshot eyes, I watch you sleeping
The warmth I feel beside me is slowly fading
Would she hear me, if I called her name?
Would she hold me, if she knew my shame?

[Verse 2]
The moments die, I hear no screaming
The visions left inside me are slowly fading
Would she hear me, if I called her name?
Would she hold me, if she knew my shame?

[Bridge]
This battered room I’ve seen before
The broken bones they heal no more, no more
With my last breath I’m choking
Will this ever end? I’m hoping
My world is over, one more time!

[Bridge]
Would she hear me, if I called her name?
Would she hold me, if she knew my shame?

If Eminem was metal 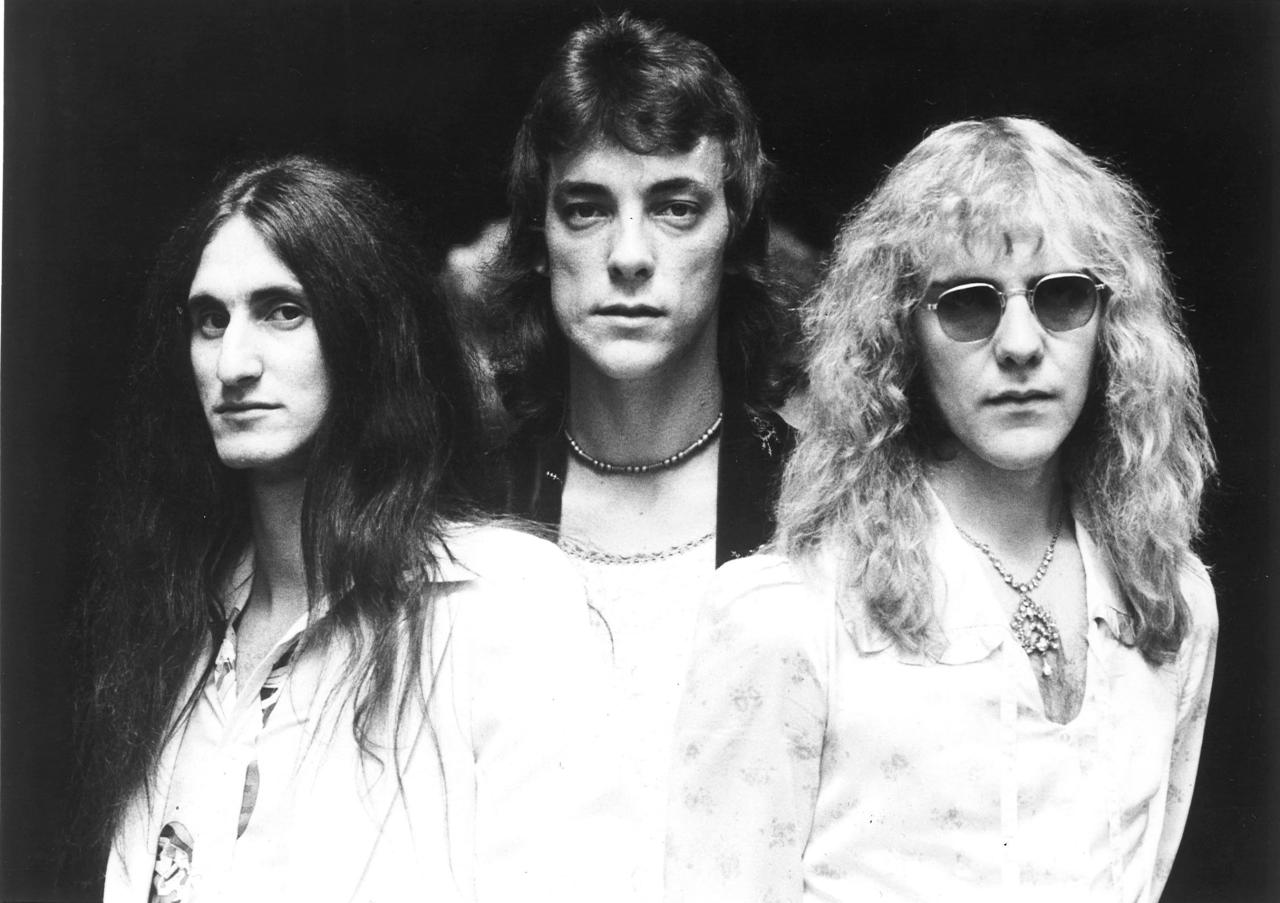