If there is something that an animal is really grateful for, it is that their life has saved, even if they cannot speak, with their actions they show us that their ability to show love goes far beyond what we can imagine.

Even if many years have passed, they can hardly forget who gave them a second chance.

In 2009 this elephant was seriously ill. 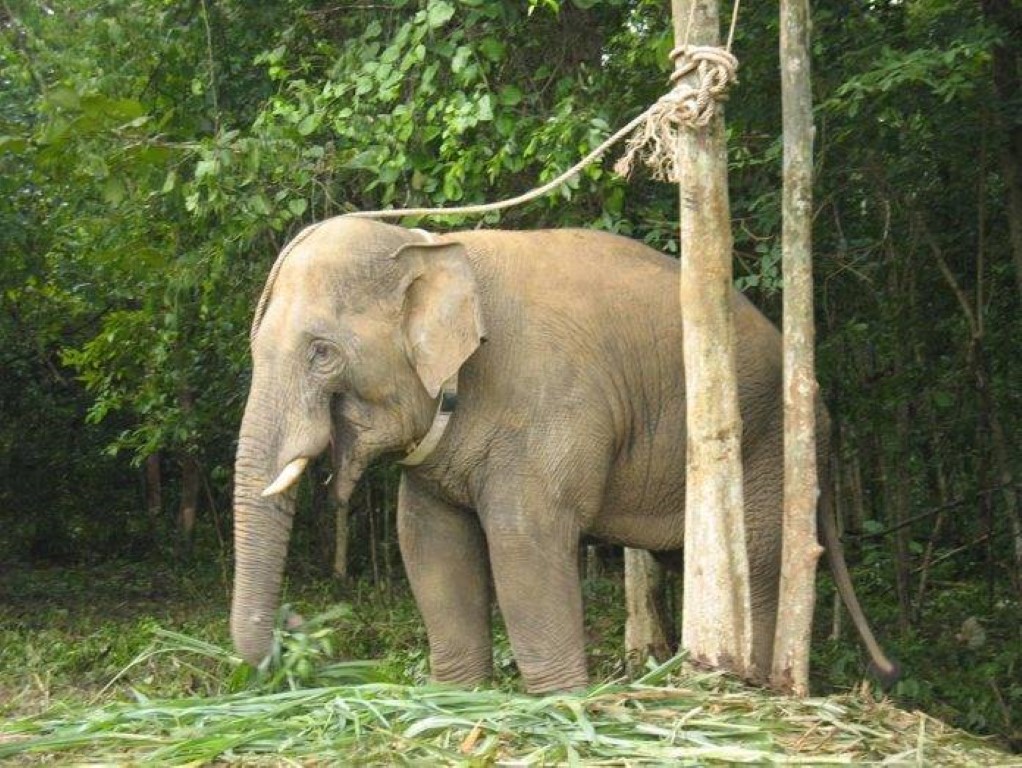 And that is proven by Plai Thang, a 31-year-old elephant who managed to survive a terrible disease thanks to all the care and treatment he received from his veterinarian Pattaraapol Maneeon.

Twelve years ago the elephant suffered from trypanosomiasis and was transferred to the Forest Industry Organization in Lampang province, Thailand.

Elephants are recognized as the official animal of Thailand. 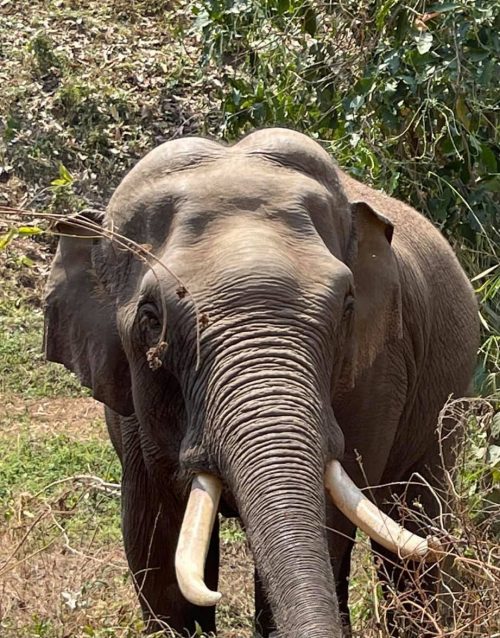 The veterinarian along with the staff of the Department of National Parks, Wildlife and Plant Conservation, found some of the most difficult cases of trypanosomiasis.

The elephant’s entire body was swollen, it had a very high fever, and its appetite had completely disappeared. Plai Thang was on the brink of death.

There are between 3,000 and 4,000 elephants throughout the country. 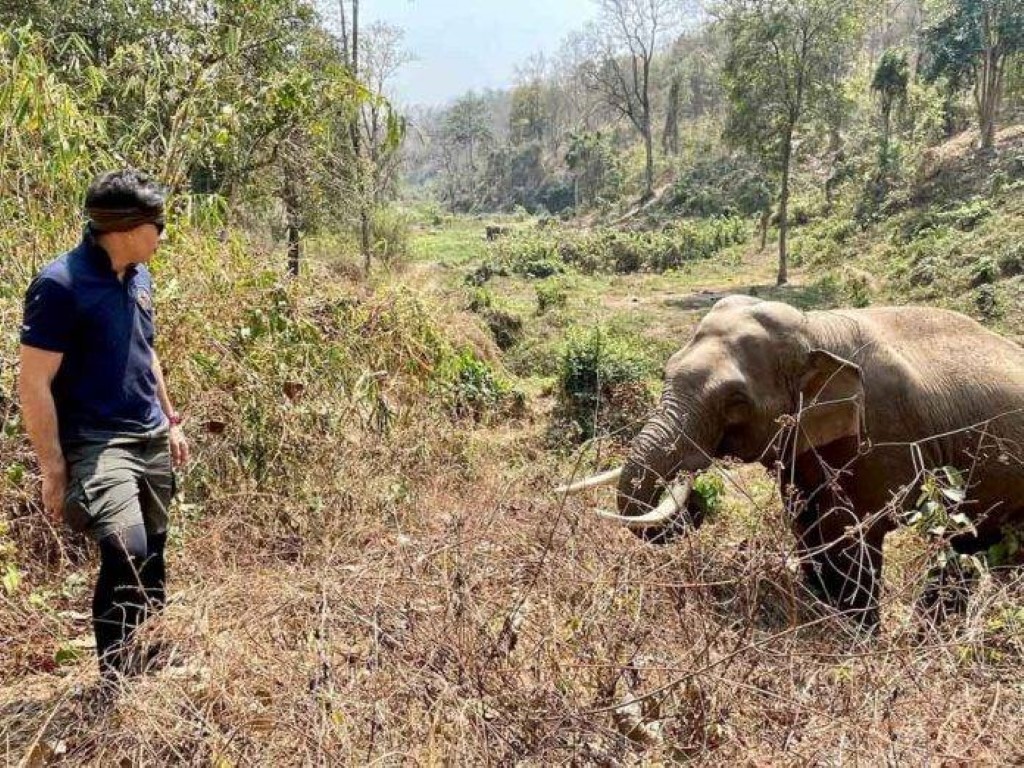 Fortunately, the treatment took effect and after several months he was released into the forest.

However, that would not be the last time that the elephant would see who saved his life, twelve years later he recognized who did so much for him.

A large part of the elephants in Thailand live in nature reserves and another part are domesticated. 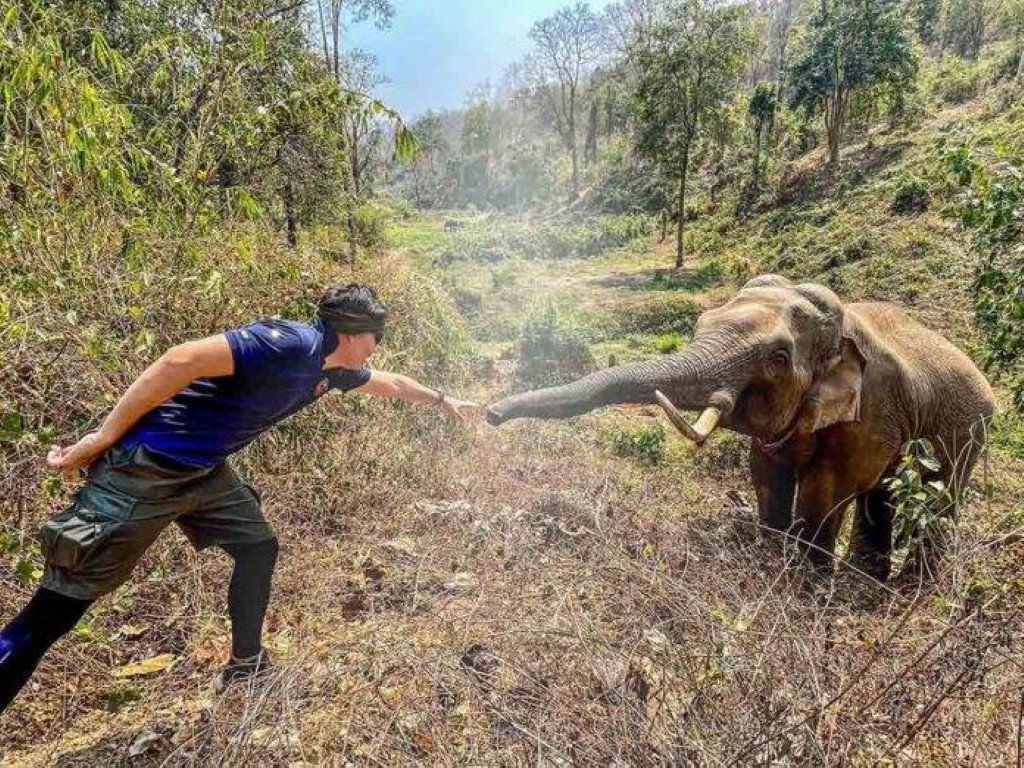 The meeting took place a few days ago when Pattarapol was touring the area where the elephant was released, the veterinarian managed to recognize the sound of the elephant and made some signs, surprisingly Plai Thang responded to his call and raised his trunk to have contact with the man. Through his Facebook page, the vet commented:

“We recognized each other […] 12 years have passed, we have met again. We salute each other. The second we touched, I heard the cry of this wild elephant in a tone of voice that I had never heard from any elephant before. Plai Thang was the first case of a wild elephant to become ill with trypanosomiasis, a parasite in the blood ”. 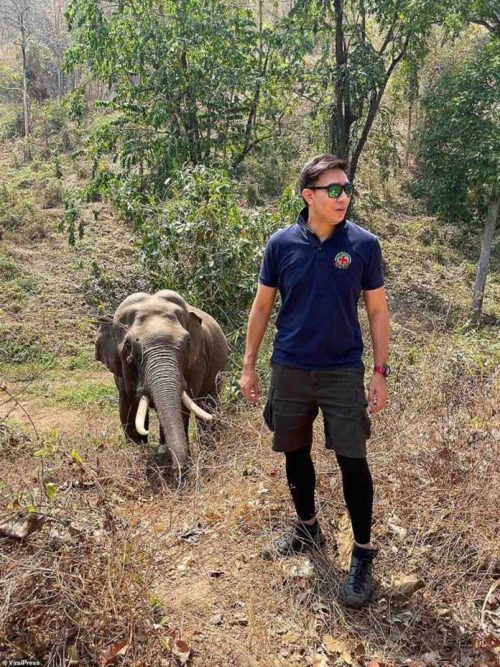 The emotional scene was captured in photography, and now it is a beautiful memory not only for the veterinarian but for all animal lovers who recognize that these beings can be nobler than many people.

Pai Tlang is completely healthy and now much happier to have reunited with his old friend.

Do not leave without first sharing this emotional story on your networks and let’s continue betting on a world where all animals live completely free in their natural habitat. 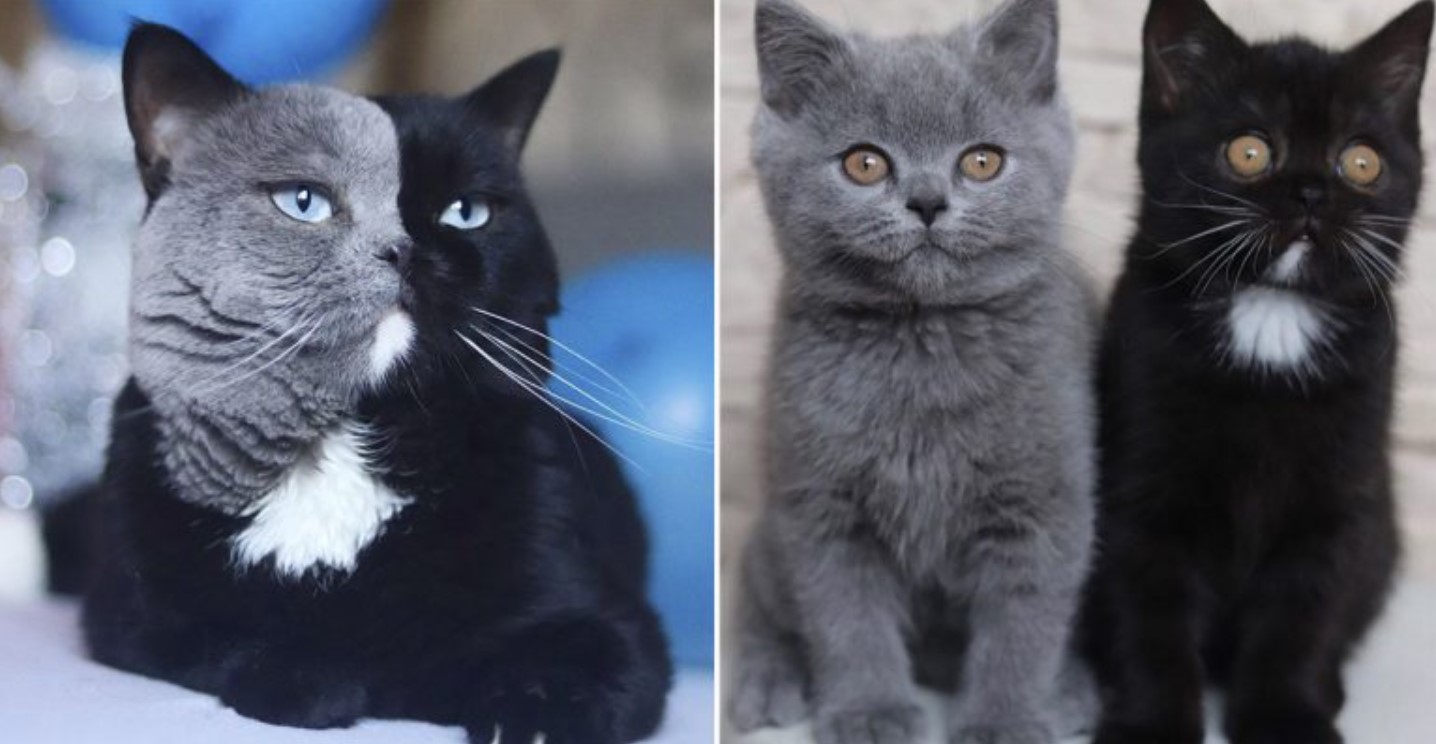 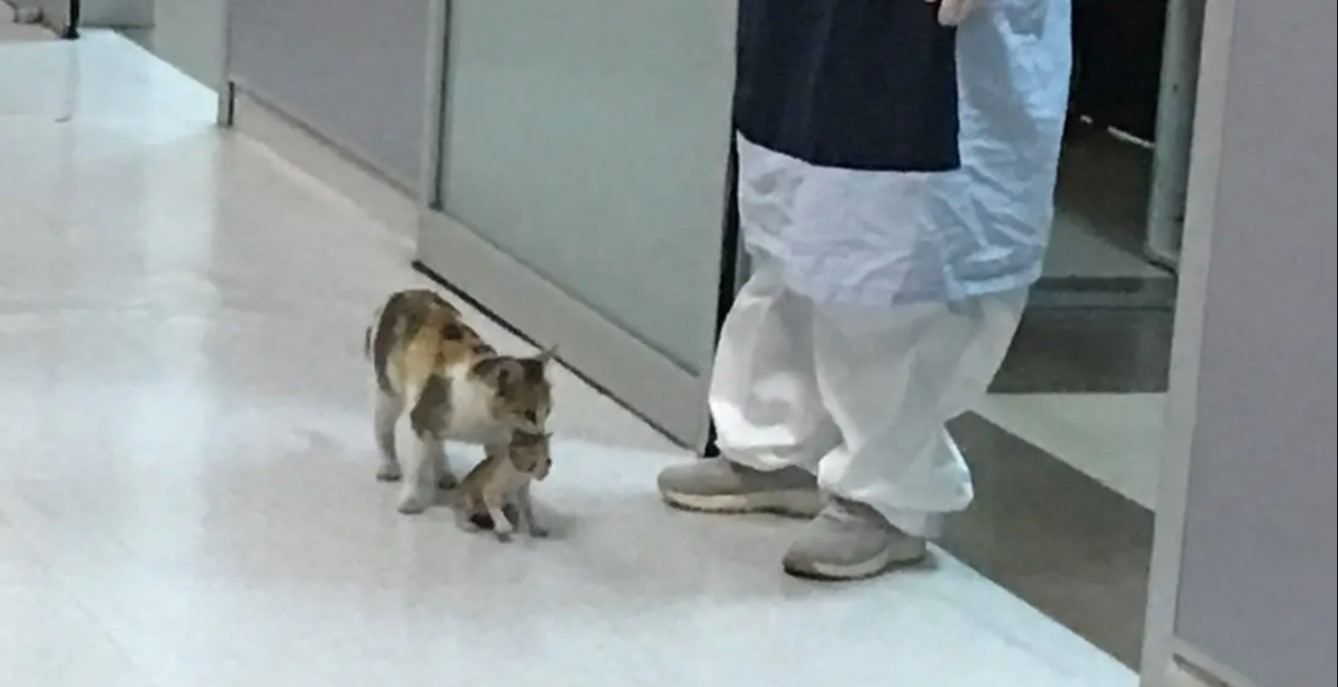 A Sick Kitten Is Taken To A Human Emergency Room By Its Mother Cat. 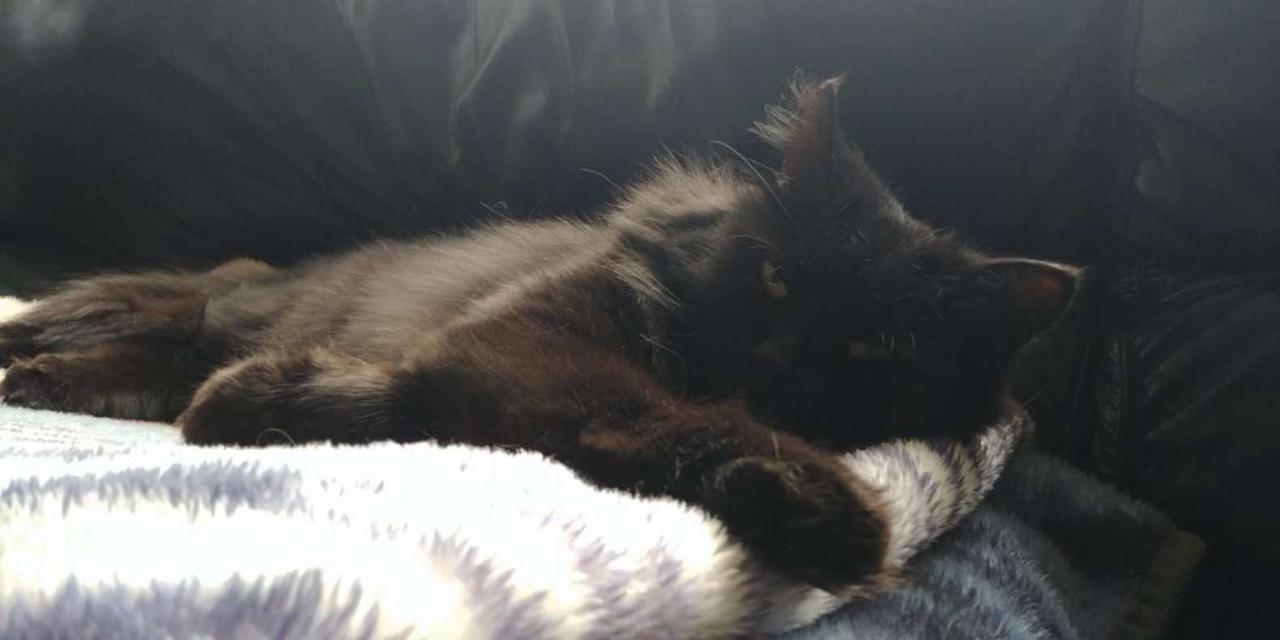 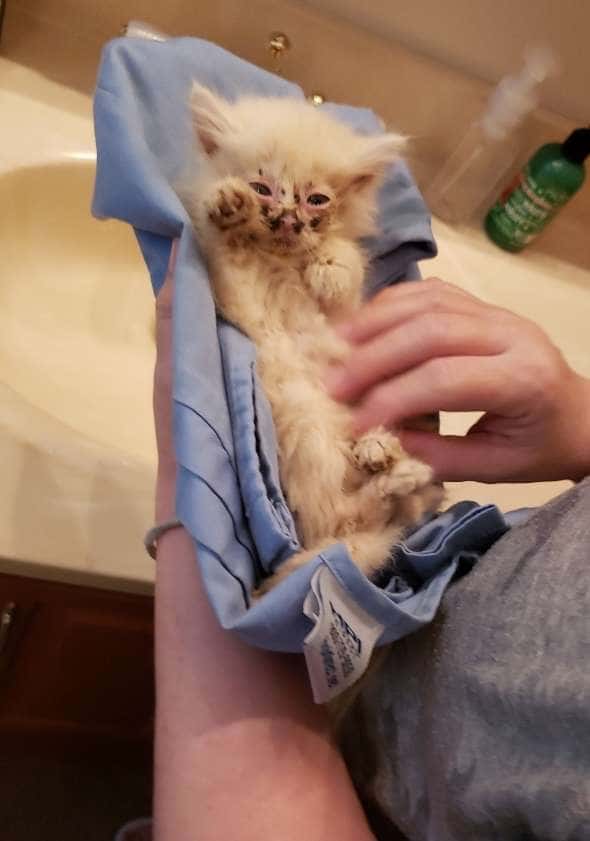