Having a loyal friend is like preserving the greatest treasure, and there are friendships that leave a much deeper mark on us than we imagine. Those that cross the barriers of time, distance, appearance, differences, species … 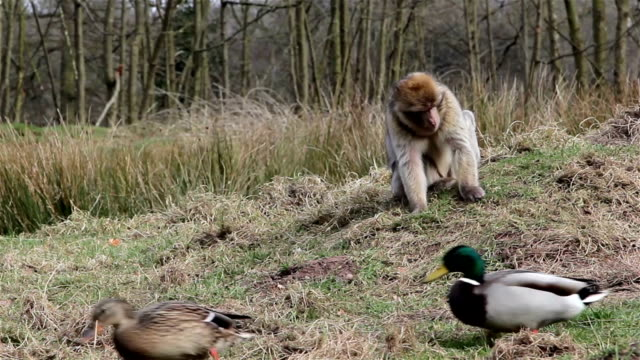 And our friends, the animals, give us plenty of samples. They know that if their friend needs them, no matter how different they may be, they will be there for him, accompanying him through thick and thin. Because although many insist on contradicting this overwhelming theory, they do have feelings.

There are little animals that even risk their own lives to save that of their dear friends.

Just like the moving story between a duck and a monkey. 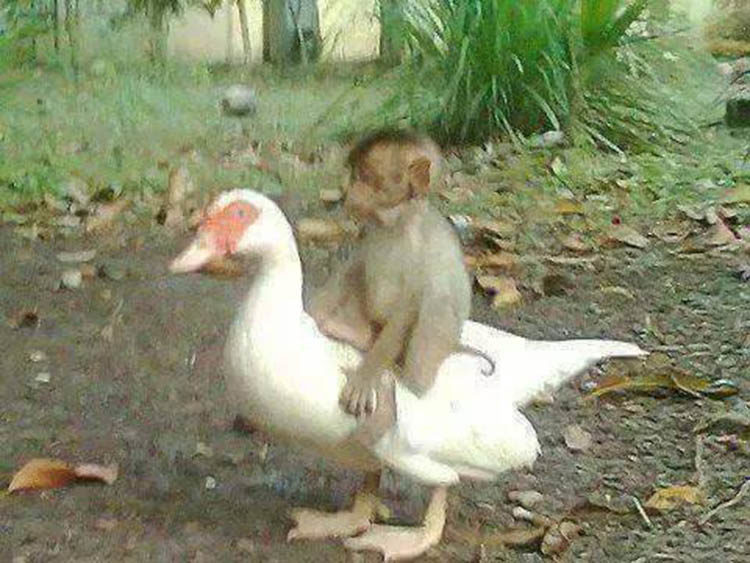 They both became inseparable since they met, spent all day together and could not do anything without each other. But sadly, fate would surprise them with an unfortunate tragedy.

The little monkey was playing quietly when he came across an electrical cable that had fallen to the ground due to human negligence. Not knowing the great danger that this could bring him, the little monkey decided to play with the cable. 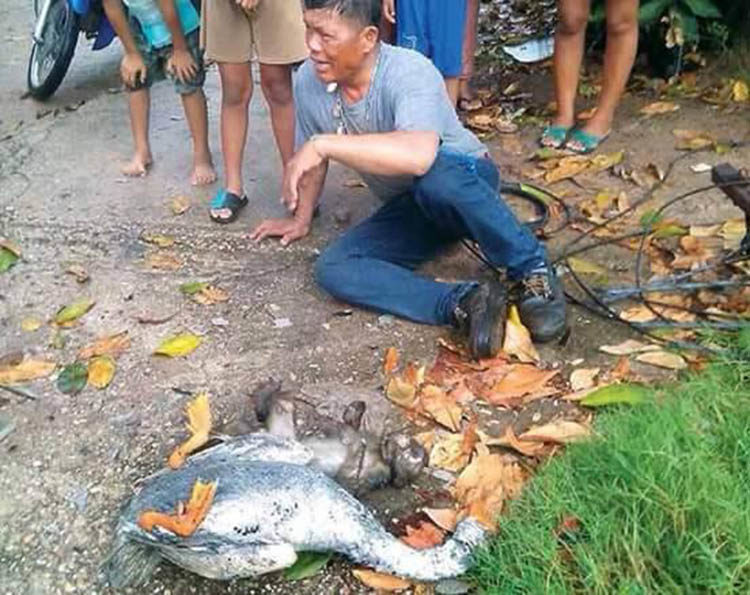 Unfortunately, as soon as he took it in his hands the cable began to release electric shocks, so the desperate monkey began to scream in pain as he held onto the cable without being able to get away from it.

Before the shocking scene, his friend, the duck, saw everything full of helplessness. But immediately, his love made him react and he rushed forward to help him, not imagining that he too would be hit by the shock.

A true friend even gives his life to save his soulmate 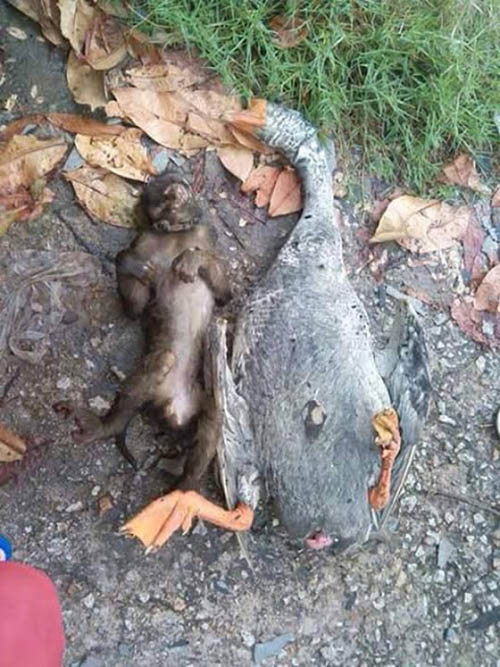 How sad! Both friends were killed by the electric shock. The owner was devastated and an animal rescue organization MY Youth Animal Rights and Welfare, recounted his story, going viral and moving millions of people.

And it was not for less than a true love story like that, which led the pair of friends to cross the rainbow together, left so many mixed feelings in the networks. The bravery of the duck is priceless!

«The man seen broken down in the photo is the owner of the duck and the monkey. The duck and the monkey have been good friends since birth and have always remained close… They were both born best friends and even better friends died. I doubt that there are many humans like in this world with this kind of value for friendship, ”the publication reads. 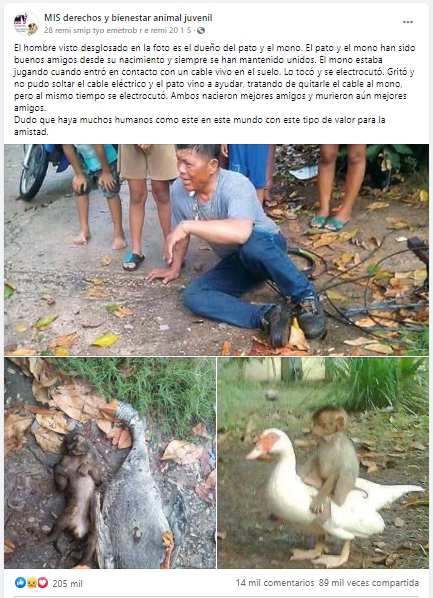 Sadly, this story does not have a happy ending, but it shows us the nobility, courage and purity of feelings of animals, that they do not mind sacrificing their lives when it comes to saving a friend in danger. Everything we say is little … Humans, how much to learn!

Don’t leave without sharing this sobering true love story that moves you to tears. Fly high, little ones! 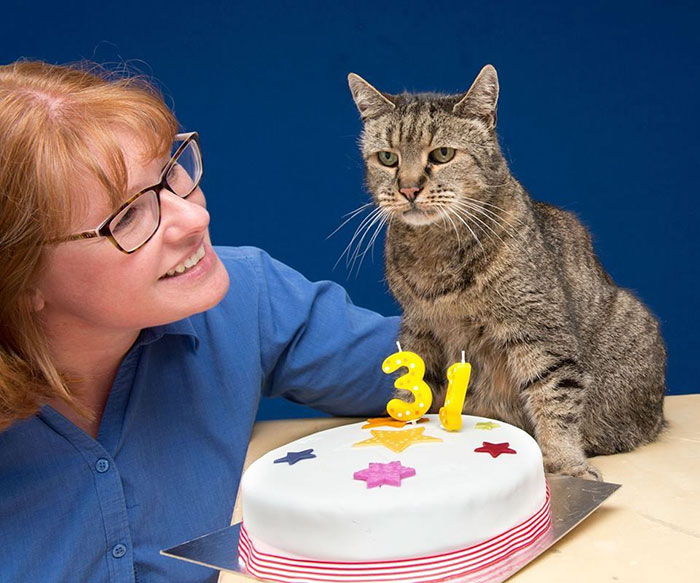 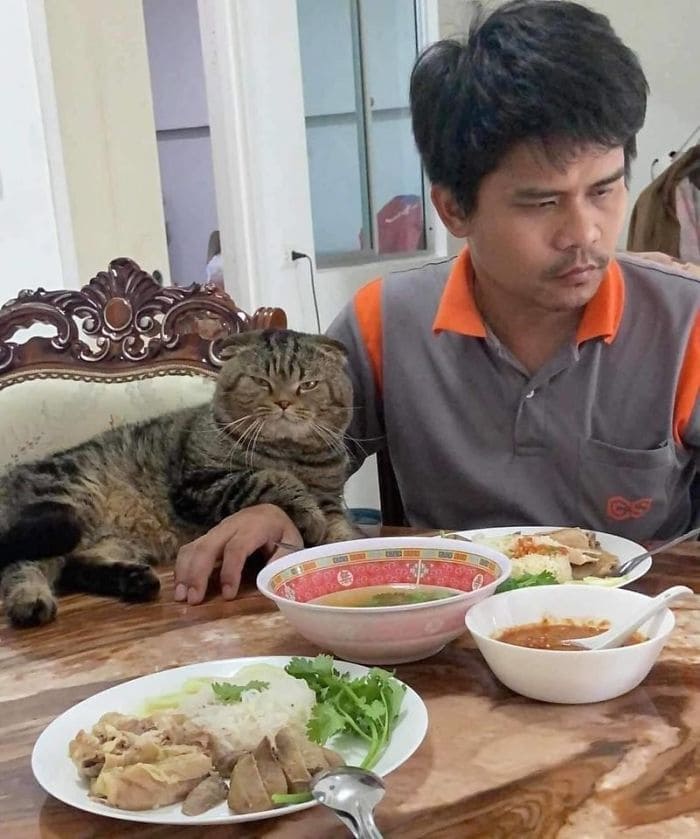 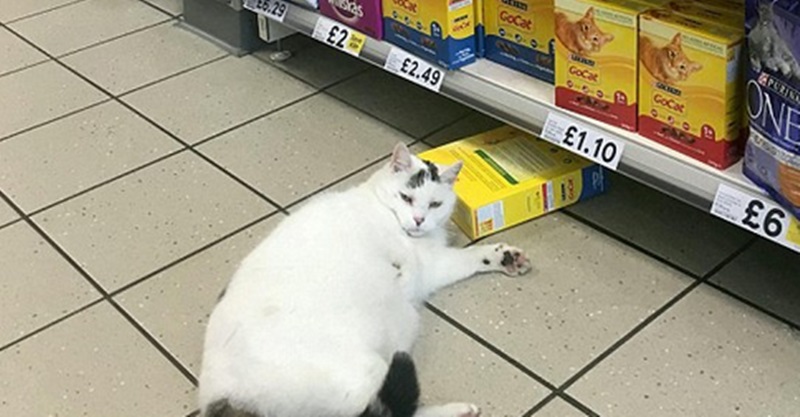